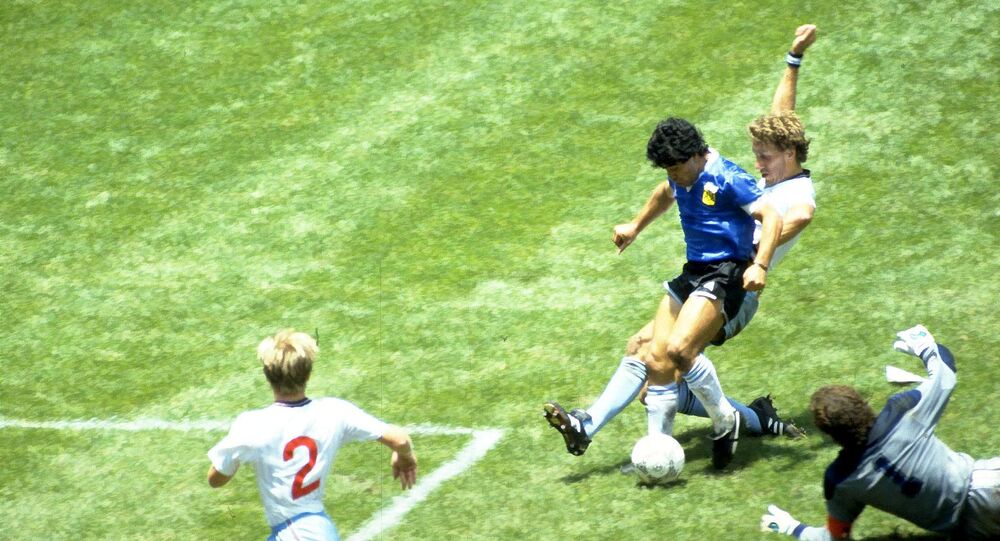 Argentinian football legend Diego Maradona has died, aged 60. Maradona, who led his country to World Cup glory in 1986, is widely considered one of the best footballers in history.

Diego Maradona has died in hospital after undergoing brain surgery in a Buenos Aires hospital.

Football supporters around the world have flocked to Twitter to pay tribute to his talent.

Diego Armando Maradona was born in Villa Fiorito, a poverty-stricken town 20 miles from Buenos Aires, in 1960.

​The fifth of eight children, he got his first football when he was just three and never looked back.

His ball control and natural talent shone as a child and he made his league debut for Argentinos Juniors at 16.

His stature - he was only five feet five inches tall - meant he had a low centre of gravity, which enabled him to keep his balance as he dribbled past defenders.

​Maradona scored 116 goals in 167 appearances for Argentinos Juniors and in 1981 was signed by one of Argentina’s biggest and most historic clubs - Boca Juniors.

After a sensational season in which he scored 28 goals in 40 league games, the pint-sized 22-year-old was sold to Barcelona for a then world record fee of £5 million.

But illness and injury hampered his time at the Nou Camp and in 1984 Napoli pulled off a huge coup when they signed the Argentinian.

It was love at first sight - Maradona felt at home in the impoverished city, which was looked down upon by northern Italians, and he was adored by the Neapolitans.

​In his seven years there he helped Napoli won the Serie A for the first time and then win it again a couple of years later.

But Maradona also rubbed shoulders with the Neapolitan mafia, the Camorra, and developed a liking for cocaine.

In 1991 he moved on to Sevilla and ended his career back at Boca Juniors.

Most football fans remember him best for his performances in an Argentina shirt at the 1982, 1986 or 1990 World Cups. The 1994 World Cup - in which he was banned for failing a drug test - is probably best forgotten.

In the 1986 World Cup in Mexico he led Argentina against England, only four years after the two countries had fought a war over the Falkland Islands.

He put Argentina ahead by cheating - punching the ball past England goalkeeper Peter Shilton into the net and pretending he had headed it. Amazingly neither the referee or linesman noticed it and Maradona later jokingly said he had scored with the “hand of God”.

​But later in the game he scored one of the greatest individual goals in World Cup history, running the length of the pitch and dribbling past numerous England defenders before putting the ball in the net.

Argentina beat West Germany 3-2 in the final and although Maradona did not score, he led the Germans a merry dance.

After retiring from football Maradona tried management but never had great success.

He will be remembered forever as one of the greatest footballers ever.