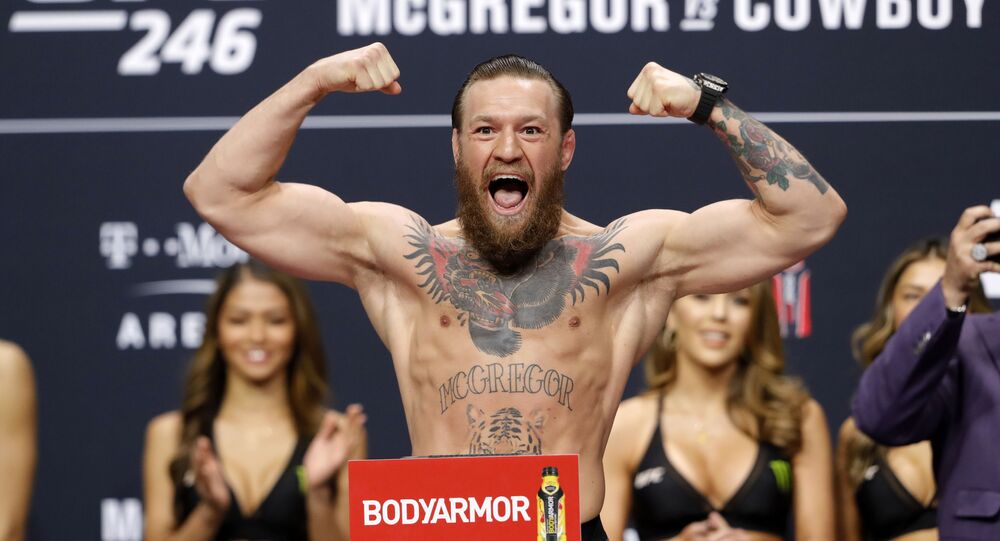 The two football players have alternately been crowning the lists of biggest earners in the sports industry for several years. Besides huge contracts with their clubs, Messi and Ronaldo have a plethora of endorsements from such popular firms as Nike, Adidas, Pepsi, and Unilever.

UFC star Conor McGregor has dethroned Lionel Messi and Cristiano Ronaldo as the world's highest-paid athletes, Sportico reported. According to the outlet's data, the MMA fighter's own brand of whiskey – Proper 12 – has earned him the title of the biggest earner in the sports industry.

The sale of the brand to Proximo Spirits netted the former featherweight and lightweight champion a whopping $170 million and brought his overall earnings to $208 million, Sportico writes.

Meanwhile, Lionel Messi and Cristiano Ronaldo earned $126 million and $120 million respectively, with most of the finances coming from their salaries and bonuses from Barcelona and Juventus.

McGregor can strengthen his position this year as the athlete will return to the Octagon again this summer to face Dustin Poirier for a third time. There have been no details about the contract so far, but reports say the Irishman received $5 million for his previous rendezvous with Poirier, which included a cut of the pay-per-view revenues. Given his popularity, sports pundits say he can expect to earn the same amount or even more.

The Irishman recently made headlines when he revealed that he wants to buy a football club.