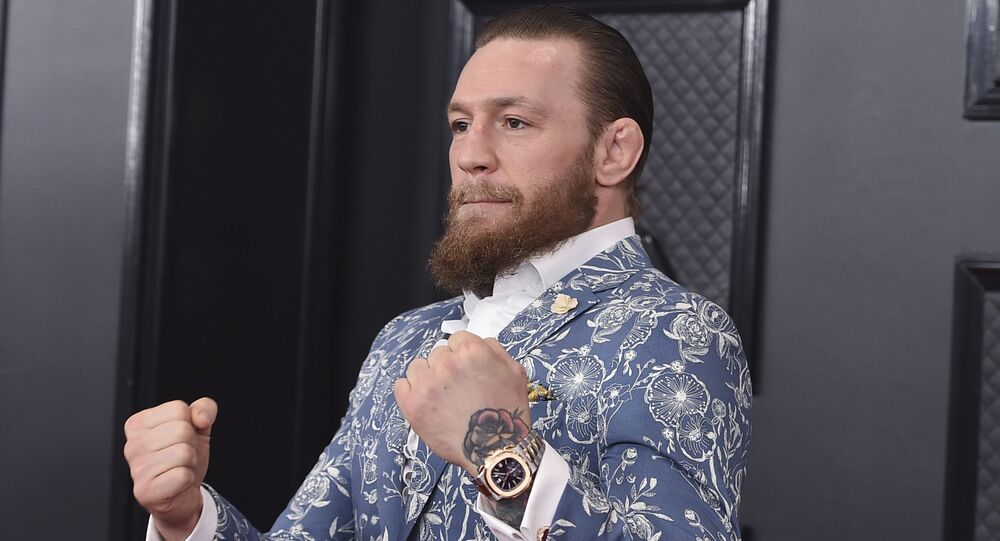 The former featherweight and lightweight champion made headlines last month after he posted a statement on social media asking his followers whether he should buy decorated English club Manchester United.

I’d love to! I feel at some stage we should! I’ve a lot of respect for Joe. He shouted me out before anyone else in the UFC also. Before I had signed with the company. https://t.co/yLEKC0ErMb

​According to the Transfermarkt website, the club has a value of 89.7 million euros ($109 million). As for Manchester United, the Red Devils are worth $4.2 billion, Forbes reported. The magazine previously wrote the McGregor himself is worth $255 million, so if the fighter does decide to pump some money into the Red Devils he'll only be able to bag a controlling stake.

UK media reported that McGregor is likely to purchase a six percent stake in Celtic, with the club's owner Dermot Desmond yet to comment on the issue.

In 2018 the former UFC featherweight and lightweight champion launched his own whisky brand – Proper 12 – which is worth $49.3 million, Forbes reported.

News about the potential sale of Manchester United by its current owner, the Glazer family, emerged after the club joined other prominent English teams in signing up to the controversial European Super League, which would have rivalled UEFA’s Champions League. As a result, fans of the Red Devils and other clubs organised protests demanding their owners step down.