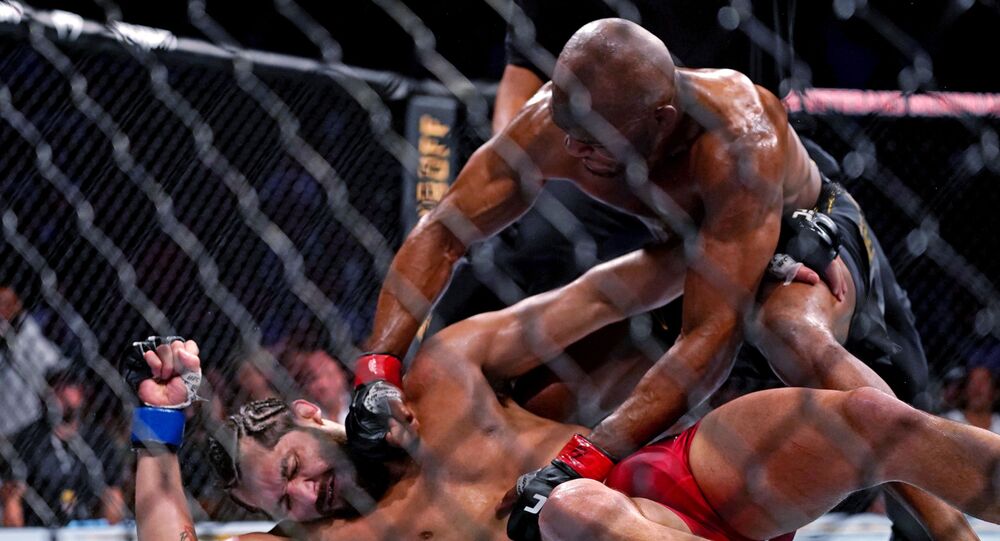 Conor McGregor is known for making challenges out of his comfort zone. His one and only foray into professional boxing in August 2017 ended in a 10th-round technical knockout by Floyd Mayweather Jr — in the latter's final professional bout.

Conor McGregor has accused fellow UFC cage-fighter Kamaru Usman of copying his style move-for-move — and says he deserves a "smack".

"Can’t be copying my words and my shots and not get a smack for it," McGregor wrote over a clip of his UFC 257 bout with Dustin Poirier as an example — and speculating on a future match-up with Usman.

The Dublin-born southpaw clarified his "170" reference, saying he could bulk up from his present 155 lbs to a 170-lb "block" to challenge the Nigerian welterweight champ some time next year.

© AP Photo / Jordan Strauss/Invision
MMA Fighter McGregor Buys Pub Where He Punched Older Man in 2019
And the "Notorious" McGregor confessed the Jacksonville crowd had him "salivating like a dog" for a return to action in the Octagon.

McGregor is known for making challenges out of his league. His one and only foray into professional boxing in Las Vegas in August 2017 ended in a 10th-round TKO at the hands of Floyd Mayweather Jr, in the latter's final fight.