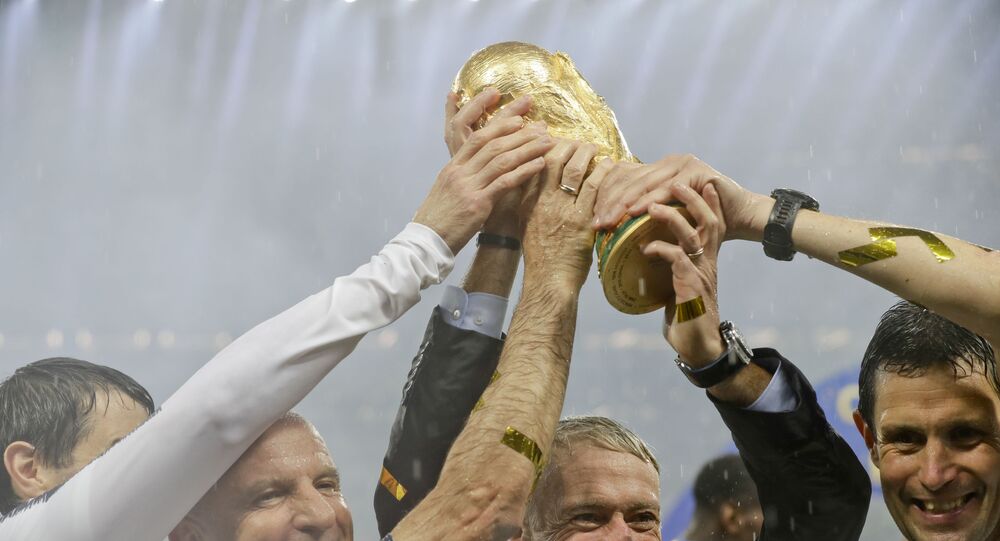 The World Cup has been held every four years - with the exception of the Second World War - since 1930. When the European Championships was created in 1960 it was neatly slotted into the gap between World Cups.

FIFA will discuss a proposal on Friday, 21 May, to hold the World Cup every two years but the idea has gone down like a lead balloon on social media.

The idea has been put forward by the Saudi Arabian Football Federation, which is reportedly close to FIFA president Gianni Infantino.

If FIFA agrees on Friday work will begin on a "feasibility study" of holding the world’s most prestigious football tournament every two years.

Much of value and interest in the World Cup is derived from the fact it is rare, played every four years. What would playing the tournament every two years do to that scarcity factor? In a world where more is never enough, would FIFA prefer an annual World Cup?

​But the idea appears to have gone down badly with football fans on social media and could be greeted in the same way as the European Super League, which was scrapped almost as soon as it was mooted after a huge negative reaction by supporters of clubs like Manchester United, who invaded the Old Trafford stadium to protest, forcing the abandonment of a match with Liverpool.

European Leagues, a body which represents 37 leagues and club associations in Europe, said it was “unrealistic”.

Raffaele Poli, head of the CIES Football Observatory told AFP: "One should be aware of the risk of making a product less prestigious by making it less rare."

What do people think of this latest brainwave? Personally, I think playing the tournament more frequently would take something away from it. https://t.co/xTQ4l0Zgkm

​Cynics are likely to see the motivation behind a biennial World Cup as an attempt by FIFA to make more money.

Investopedia says FIFA makes huge amounts of money through the sale of television, marketing, and licensing rights for the World Cup and in 2018 - when Russia hosted the tournament - FIFA generated US$4.6 billion in revenues.

The next World Cup is being hosted by Qatar in 2022 but because of the high temperatures in the summer there it has been moved to November.

After that the next World Cup is due to take place in 2026 and is being jointly hosted by the US, Canada and Mexico.

Bidders for the 2030 World Cup include England, possibly China and a joint bid from Argentina/Uruguay/Paraguay.

Exactly! No room for it and if the scheduling ain't broke, don't fix it! I think people would get bored of the World Cup if it was every two years! That's why sporting competitions like the WC, Olympics and Euros have a special feel about it.

​Infantino is also trying to expand the Club World Cup to 24 teams, a proposal which has been rejected by UEFA and South American governing body CONMEBOL.

Changes to the UEFA Champions League will also add 100 games to the European football calendar from 2024.