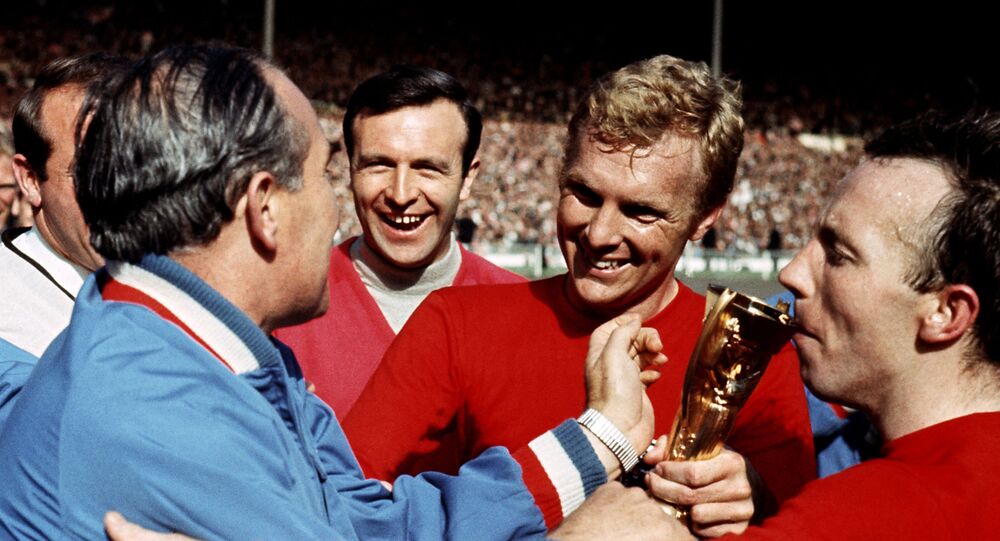 As Boris Johnson Backs UK and Ireland Bid to Host 2030 World Cup, Who Else is in the Race?

British Prime Minister Boris Johnson has offered to host all Euro 2020 matches this summer after the tournament was postponed for 12 months. The UK government is also backing a bid to host the World Cup in 2030, for the first time since 1966.

The UK Chancellor, Rishi Sunak, is to announced in his Budget speech on Wednesday, 3 March, plans to fund feasibility studies for a joint World Cup bid with the Republic of Ireland.

Sunak will set aside £2.8 million to help promote the bid and will also inject £25 million into funding of grassroots football, which has taken a massive knock during the pandemic.

​Boris Johnson has told The Sun newspaper: "We are very, very keen to bring football home in 2030. I do think it’s the right place. It’s the home of football, it’s the right time. It will be an absolutely wonderful thing for the country."

England last hosted the World Cup in 1966 - when they beat West Germany 4-2 in the final - but this time round it will be a joint bid between England, Scotland, Wales, Northern Ireland and the Republic of Ireland.

​FIFA will formally open the bidding process in 2022 and the British Isles bid for 2030 needs a lot of feasbility studies.

The English, Scottish, Welsh and Irish football associations issued a statement on Monday, 1 March, in which they said: "We will continue to undertake feasibility work to assess the viability of a bid before FIFA formally open the process in 2022. Staging a FIFA World Cup would provide an incredible opportunity to deliver tangible benefits for our nations."

"If a decision is made to bid for the event, we look forward to presenting our hosting proposals to FIFA and the wider global football community,” they added.

​The first and only time more than one country hosted a World Cup was in 2002 when Japan and South Korea agreed that rather than compete against each other and possibly lose out, they would share the honour.

The World Cup is being held in Qatar next year but joint bids are becoming increasingly popular, especially with FIFA increasing the number of teams qualifying for the tournament from 32 to 48.

The 2026 World Cup is being jointly hosted by 16 cities in the US, Canada and Mexico.

​In 2030 a joint British/Irish bid would be hosted in 16 cities, including London, Manchester, Liverpool, Birmingham, Glasgow, Edinburgh, Cardiff, Belfast and Dublin.

So who will the British and Irish bid be competing with in 2030?

The first country to bid was Morocco but they are a complete outsider, especially if they cannot convince Algeria and Tunisia to mount a joint bid.

​Morocco and Algeria still do remain regional and political rivals, who remain at loggerheads over the Moroccan occupation of the Western Sahara.

But the biggest challenge is likely to come from a joint bid between Uruguay, Argentina and Paraguay.

​Uruguay hosted the first World Cup in 1930 and there are many in Latin America and in FIFA who believe it would be apposite for them to host the tournament again 100 years later.

This time they would be sharing the hosting with neighbours Argentina - who staged the tournament in 1978 - and Paraguay, who have never played host.

The final though would be in Montevideo, venue of the 1930 final in which Uruguay beat Argentina 4-2.

Last year Spain and Portugal revealed they planned to make a joint bid. Spain hosted the World Cup in 1982 but Portugal has never staged the tournament.

One other possible bid for 2030 could come from Cameroon, which could lodge a joint bid with other African countries such as Gabon and Angola.

But football-crazy Nigeria, which has the biggest population in Africa, is unlikely to be invited to co-host with rivals Cameroon.