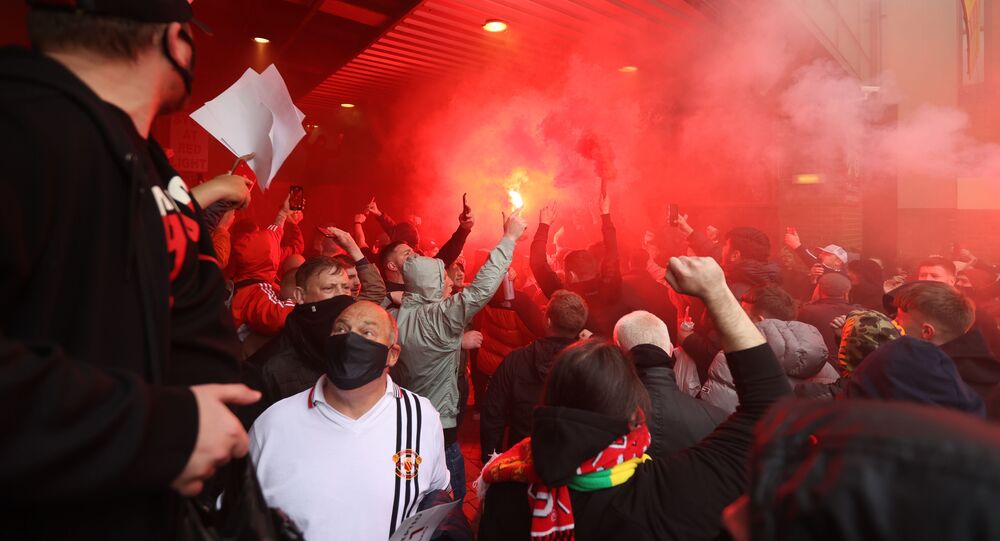 Ahead of the game, supporters of both clubs announced a demonstration against the teams’ owners. The protest came in response to the controversial decision to join a new football tournament called the European Super League.

Liverpool has released a statement on the delayed match with Manchester United. The club said it supports the Red Devils’ decision to postpone the game due to the unsafe situation that occurred after fans staged a protest outside Old Trafford and then stormed the stadium.

"It is our position that public safety must be the number one factor in any such decision, with the ability to provide a secure environment for the participants, staff and officials being a particular priority. It was clearly not possible for this to be guaranteed due to a situation which escalated rapidly. We will continue to have dialogue with Manchester United, the Premier League and the local authorities to find a suitable date to reschedule”, reads the statement released by the club.

The match between the two clubs could determine the fate of this season’s title race. Manchester United, who trail 10 points behind the leaders, City, need to win the game against the Reds, otherwise the trophy goes to the Blues.

However, the game was postponed after a group of Manchester United supporters stormed into the stadium an hour before the match. They were removed by security, but later made their way back.

Manchester United fans storm Old Trafford ahead of the match against Liverpool in protest of the club’s ownership 📸 pic.twitter.com/kfTJJ3MgD6

The protest came in response to the Red Devils’ decision to join the controversial new European Super League (ESL) tournament along with other prominent English clubs – Arsenal, Chelsea, Liverpool, Manchester City, and Tottenham. The move was dubbed a criminal act and war against football. Following protests and criticism from fans and players, the clubs made a U-turn and abandoned the initiative.

Since then, supporters of Man United have called for the removal of the club’s US owners – the Glazer family. Similar protests were staged by supporters of Arsenal, Chelsea, and Liverpool.

However, it seems that the ESL is not the only reason why supporters of Man United want the Glazer family to go.

The club’s Supporters Trust has released a letter in which they accused the US businessmen of driving Man United "into debt and decline". The fans suggested a four-point plan that, among other things, suggests appointing "independent directors" to the board of directors, who will protect the interest of the club and “not its shareholders”, also changing the ownership structure in favour of the so-called German model, where at least 51 percent of shares are held by a team's supporters.