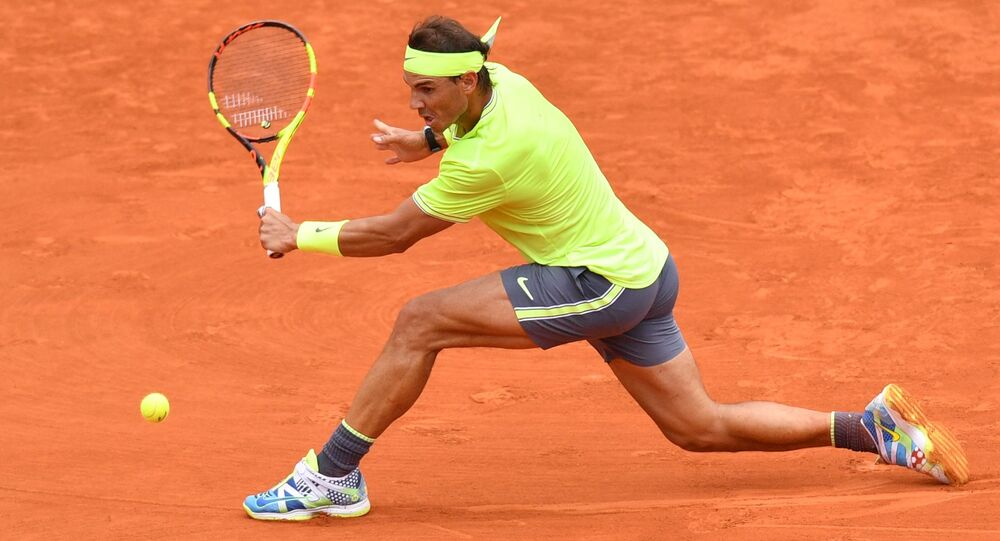 Rafael Nadal has joined a long list of tennis players who have expressed doubts about their participation in the Tokyo Olympics, or whether the event should be held at all, as thousands are dying every day due to the COVID-19 pandemic.

Reigning French Open champion Rafael Nadal has added his voice to a long list of tennis players, including American superstar Serena Williams, women's No. 2 Naomi Osaka, and Japanese star Kei Nishikori, who have expressed their reservations about competing in the Olympics.

The Tokyo Olympics were originally scheduled to take place last year, but were delayed due to the coronavirus pandemic across the globe. The International Olympic Committee (IOC) and Japan, the host nation, were then forced to reschedule the quadrennial event. The games are now scheduled to be held from 23 July to 8 August 2021.

However, with coronavirus cases rising in Japan, particularly in the capital Tokyo, many athletes have raised their concerns about their participation in the games, with Nadal being the latest to do so.

"In a normal world I would never consider missing the Olympics. There is no doubt about that", Nadal said at the Italian Open in Rome.

"Everybody knows how important the Olympics are for me. Under these circumstances, I don’t know. Let's see what’s going on in the next couple of months. But I need to organise my schedule. I don't know yet. Honestly I can't give you a clear answer because I don't know. In a normal year, I know my schedule almost 100% from January 1 until the end of the season. This year is a little bit different, no?"

"We need to be flexible. We need to adapt to the things that are happening. I don't know, I can't give you an accurate answer. Sorry".

Nadal, the winner of a record 20 Grand Slam singles titles, has had immense success at the Olympics over the years. The Spaniard won a gold medal in the singles in Beijing in 2008, and added another gold medal to his burgeoning trophy cabinet when he won gold in the doubles category alongside compatriot Marc Lopez in Rio de Janeiro in 2016.

Serena Williams, two-time singles and doubles gold medallist at the Olympics, has already made her apprehensions clear about going to Tokyo for the games. Serena is unsure of her participation in the event because she doesn't want to travel with her three-year-old daughter Olympia, considering the risks involved in travelling with a child.

"I haven't spent 24 hours without her, so that kind of answers the question itself. We’re best friends", said Williams. "I think there are other reasons. I haven't really thought much about Tokyo, because it was supposed to be last year and now it's this year, and then there is this pandemic and there is so much to think about. Then there are the Grand Slams. It's just a lot. So I have really been taking it one day at a time to a fault, and I definitely need to figure out my next moves".

Before Nadal and Serena, it was the two Japanese players, Osaka and Nishikori, who said that Tokyo shouldn't be hosting the games at all.

"I want the Olympics to happen, because I'm an athlete and that's sort of what I have been waiting for my entire life", said Osaka.

"But I think that there is so much important stuff going on, and especially the past year, I think a lot of unexpected things have happened. For me, I feel like if it's putting people at risk and if it's making people very uncomfortable, then it definitely should be a discussion, which I think it is as of right now".

Osaka's remarks were echoed by her countryman and former men's No. 4 Kei Nishikori, who expressed his reservations about whether the organisers would be successful in preventing the spread of the deadly virus at the Olympic Village and other venues. "It's tough to really say right now. I think they should really hold the decision right now, and they should decide it like before. If it's now, I think it's really tough".