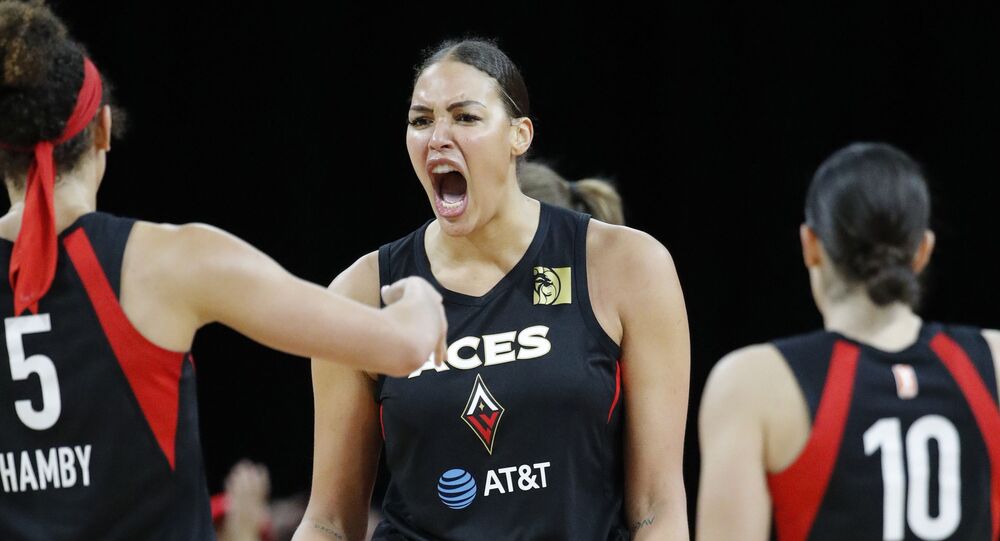 Australian Olympic and Paralympic athletes recently took part in a photoshoot ahead of the Tokyo Games this summer, but it's caused an inclusivity scandal.

Basketball player Liz Cambage has fired some shots at the Australian Olympic Committee (AOC) over a “whitewashed” promotional photoshoot for the country’s Olympic and Paralympic teams – apparently threatening to withdraw from the Games in Japan.

In one controversial pic, a group of athletes including Jess Fox, Ellie Cole, and Cameron McEvoy is pictured in Jockey underwear, the official sponsor of Team Australia, but Cambage – who has played for the Las Vegas Aces since 2019 – says the image shows a lack of diversity in the country’s top sporting echelons.

​The player shared the pic in her Instagram stories, while hinting that she might not travel to the upcoming Olympics:

"If I've said it once I've said it a million times. HOW AM I MEANT TO REPRESENT A COUNTRY THAT DOESNT EVEN REPRESENT ME #whitewashedaustralia," she wrote alongside the photo.

"Also fake tan doesn't equal diversity," the basketball player wrote, sparking outrage from critics who said that Cambage should apologies to the Indigenous community for her words.

"There have been no bad intentions [in posts of the athletes]. Was there a homosexual athlete represented? Was there a Chinese Australian athlete mentioned? I mean, where does it end?” Maher was quoted as saying on Friday.

According to him, he wouldn’t “entertain any threats” about abandoning the Games from the player if he was still training the team: “If she wants to come, she can come, but if she told me she was going to boycott I'd say, 'Good luck, see you later.'"

Cambage’s criticism has not gone unnoticed by the AOC, which on Friday acknowledged her “point with regard to this particular photo shoot."

Meanwhile, the committee has “proudly” defended its “track record on diversity."

“From Indigenous reconciliation, people of colour, gender equality and all forms of diversity, the AOC is rightly proud of its record,” the AOC said in a statement.

"With regard to this photo shoot however, we acknowledge while proud of the athletes involved and proud of our association with Jockey, it should have better reflected the diversity of our Team.”

Cambage has not officially stated that she won’t be taking part in the Olympic Games, which will commence on 23 July in Tokyo.