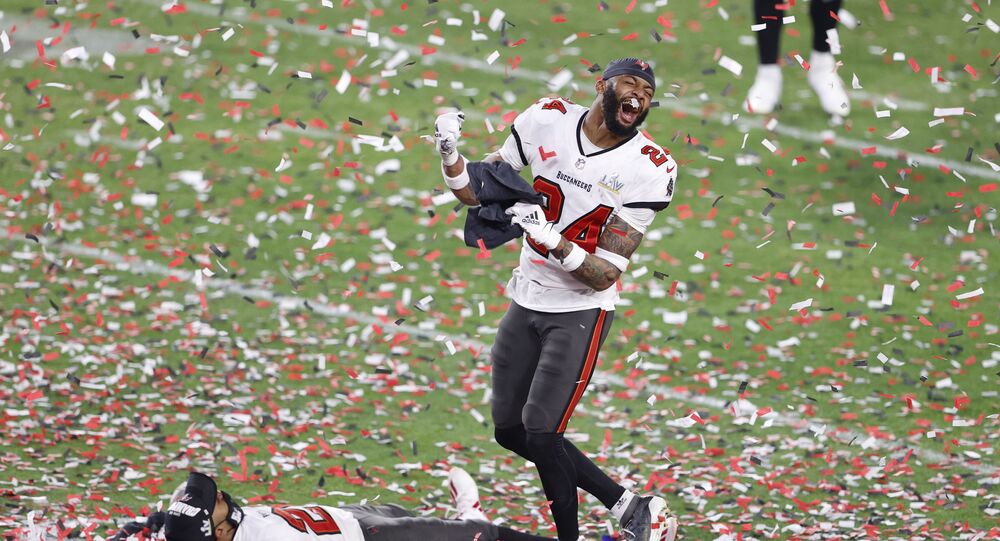 The final National Football League game of the 2020 season, Super Bowl LV, was held on Sunday at Raymond James Stadium in Tampa, Florida.

Tom Brady threw two of his three touchdown passes to Rob Gronkowski, and for Brady's record seventh Super Bowl win, the Tampa Bay defense frustrated Patrick Mahomes to lead the Buccaneers to a 31-9 victory over the Kansas City Chiefs.

The NFL team rushed to announce their victory on social media.

The son of the former US President, Donald Trump Jr., took to Twitter to express his joy over the Buccaneers' win and congratulated Brady for his work.

There is no question anymore as to who the GOAT is. It wasn’t coaching it was Brady and it always was. That argument was settled tonight when he took a team no one thought could win anything to the #SuperBowl and won at 43 years of age. Amazing.
Well done Tom. #Brady

The famous Cinderella Castle at Walt Disney World in Florida celebrated the victory by illumination in the colors of the team.

The 55th Super Bowl was the third edition to be held at Raymond James Stadium, the first hosted by the Tampa region, and it's the first time in history that a local team was playing at home in the Super Bowl.

This was the lowest-attended Super Bowl ever, due to the COVID pandemic and the restrictions imposed to curb the spread of the virus. The official attendance was at 25,000 fans, including 7,500 vaccinated healthcare workers who will take part in an all-expense-paid trip to the game. The stadium, however, allows a total of 65,890 fans to be seated at once.

After the Champions League final, the Super Bowl is the most-watched television event in the US and the second most viewed annual sports event worldwide.

The 'Great Reset' Super Bowl: Firms That Cashed In on COVID Lockdown Go Long With Ads