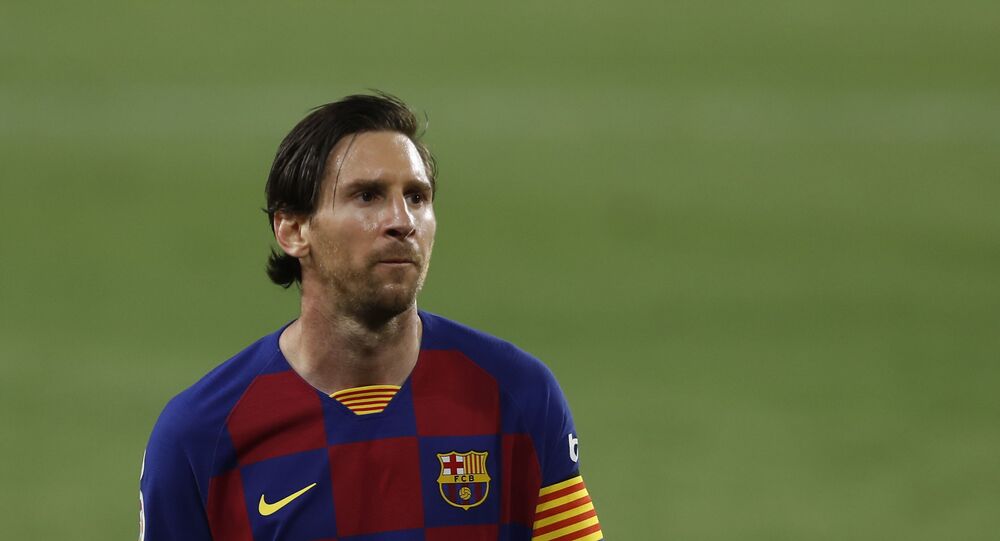 The interview comes just a week after another ex-president of Barcelona – Joan Laporta – said the club has repeatedly lied to Messi over the years and that the top brass needs to offer him a better contract to convince the Argentinian player to stay at Camp Nou.

Barcelona star Lionel Messi has shed light on his strained relationship with the club's former club President, Josep Maria Bartomeu, claiming that he was constantly lied to.

"I had been telling Bartomeu that I wanted to leave for months," the player told La Sexta. "He made me promises that weren't kept later. He deceived me many times."

Messi stressed that he is "eternally grateful to the club for everything" but is striving for change in a bid to fight for the Champions League and domestic league titles.

"The president didn't want to let me go and then he started to leak things to make me look like the bad guy. But I am still calm and know that I did what was right at that moment," he said.

The player added that he was also angry about the transfer of his friend and ex-teammate Luis Suarez, who was sold to rivals Atletico Madrid – a move engineered by Bartomeu.

"He [lied] about many things. Honestly, so many, but I prefer not to go into private things that happened – but I can assure you it was many things over several years."

Earlier this year, the Argentinian publicly said he wanted to leave Barcelona after being knocked out of the Champions League. However, the club refused to greenlight a transfer before the end of his contract, which runs until 2021. As a result, many think he may demand a transfer, with France's PSG, English club Manchester City, and Italy's Inter touted as likely destinations.