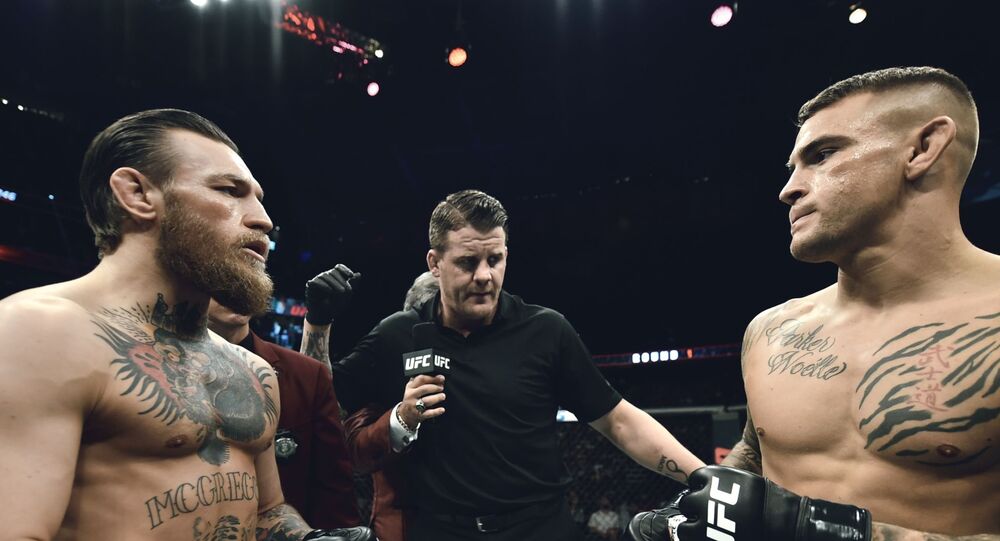 Since the undefeated Russian lightweight UFC champion, Khabib Nurmagomedov, left the octagon following his father's death, as he promised his mother, other UFC fighters have been seeking ways to contest for his title.

American UFC star Dustin Poirier, 31, opined that his upcoming rematch with the Irishman, Conor McGregor, 32, should be held for the UFC lightweight champion's belt since Nurmagomedov retired this year.

Despite the retirement, Nurmagomedov still holds the belt of a champion, and Poirier believes he may challenge for the vacant crown at the fight on January 23, which will take place on "Fight Island" at Yas Island, Abu Dhabi.

“I feel like Khabib’s a guy of his word. If he says he’s retired, he’s most likely retired. Number two is Gaethje, I got a win over him. I feel like me and Conor could potentially be for the belt," he said in an interview with BT Sports. "I’m a former interim champion looking to get some gold back around my waist. Conor is a former undisputed world champion in the lightweight division. Both of our last defeats were to the current / "retired" world champion. So I don’t know."

The rematch will be a non-title lightweight fight, and will be McGregor's first bout since a TKO win over Donald Cerrone in January 2020. He's been in a UFC fight only twice since 2016.

Poirier previously defeated Gaethje, who holds 2nd place in regard to the championship. McGregor's belt was not disputed until 2018.

Nurmagomedov retired after beating Gaethje in the October UFC bout, saying he promised that to his mother. It was his first fight since the loss of his influential father Abdulmanap, who died aged 57 in July after contracting COVID-19. Nurmagomedov said, however, they had intended to put the gloves down after 30 unbeaten fights.

According to media reports, UFC president Dana White is hopeful the superstar will come back for one more match, since Khabib only needs one more win to make good on that plan. Nurmagomedov and White will reportedly meet on the week of the fight, as White will supposedly attempt to convince the champion to come back once more.

McGregor announced in June that he would retire from fighting completely, one of many such announcements he has made over the years. Later, he agreed to participate in a rematch with his former rival, Poirier.

'A King, Now and Always': Khabib Nurmagomedov Says It Was His Last Fight After Winning Over Gaethje