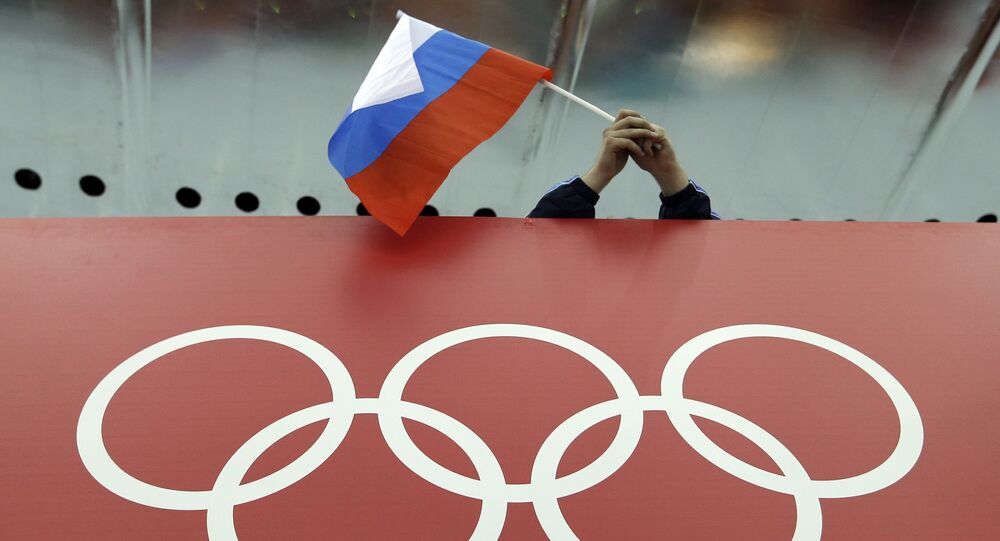 MOSCOW (Sputnik) - Russian Foreign Minister Sergey Lavrov said on Sunday that the adoption of the US anti-doping system based on the so-called Rodchenkov Act, which was signed into law by US President Donald Trump earlier this month, would be a disgrace for the sports.

"I criticise WADA for introducing incomprehensible, clearly discriminatory measures. ... The CEO of the US Anti-Doping Agency, Travis Tygart, has lambasted WADA for 'protecting' Russians and called for its reform. He also threatened that the United States was creating its own system based on the 'Rodchenkov Act' that would push WADA to the peripheries of global sports discussions on doping. If this system is implemented, it will be a shame for the sports", Lavrov told the Match TV broadcaster.

The top Russian diplomat added that WADA mostly consisted of NATO member states and their allies.

"This does not mean anything, of course. But to say that sports and the fight against doping are much better in NATO countries sounds like discrimination against everyone else. ... We must defend WADA from monopolising attempts. Americans just want to privatise it", Lavrov noted.

The minister went on to say that the image of the Russian sports did not suffer abroad.

"Russia is still a great sports power. I have no doubts about that. We are appreciated and respected", Lavrov said.

He added that many foreign athletes played for Russian teams in hockey, football, basketball and volleyball.

"I think this needs to be encouraged. ... We cannot lock ourselves within our national borders. But for a great sports power, such things as youth education, schools and academies are very important", the minister noted.

The legislation, signed into law on 5 December, gives US courts a right to deliver judgments on cases of doping usage at the international sports competitions, in which US athletes take part. The act is named after the former head of Russia's national anti-doping laboratory Grigory Rodchenkov, who became a key informant of the World Anti-Doping Agency (WADA) on the alleged state-run doping programme in Russia. The WADA itself has expressed concern over this act as it may undermine the global anti-doping efforts.

In 2015, WADA accused Russia of multiple doping violations and suspended the Moscow laboratory of RUSADA, the Russian National Anti-Doping Agency. The following year, Richard McLaren, the head of the WADA investigative team, presented a two-part report that alleged the existence of a state-supported doping programme in Russia during the 2014 Sochi Olympics, after Rodchenkov, who fled to the US, said that the laboratory was involved in developing and distributing banned performance-enhancing substances for the Russian athletes.

Russian officials have refuted the allegations of the state-run doping programme while admitting that Russian sports had some issues with doping abuse.