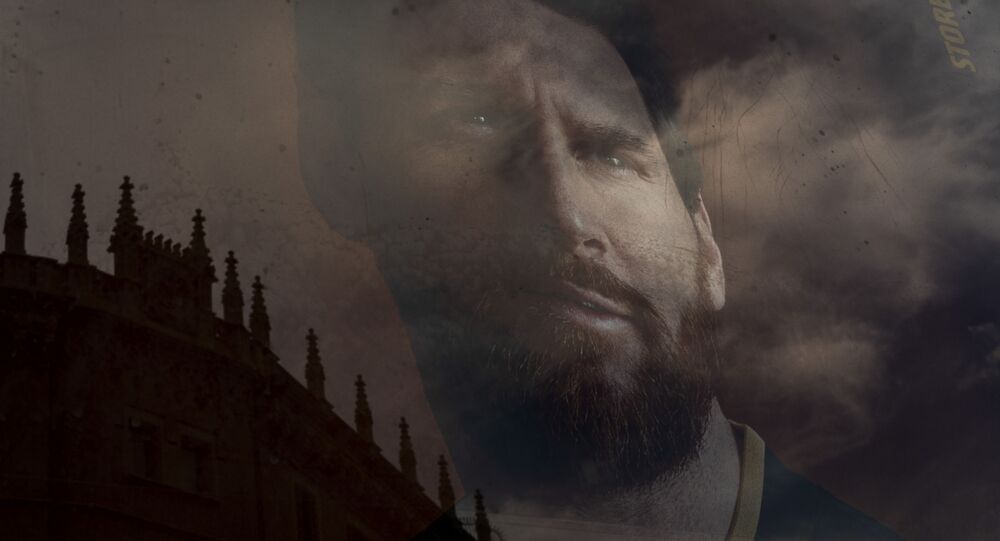 It has been quite a challenging summer season for Barcelona, not only because of Lionel Messi's first rumoured and then quite well-formulated intention to leave the club.

While Argentine superstar Lionel Messi ultimately decided to stay at Camp Nou, which he has been playing at since his teenage years, until his contract expires, there is one star player who has left – Luis Suarez. The Uruguayan was permitted to depart for Atletico by Barca's new manager Ronald Koeman, who is known to have been at loggerheads with Messi, after the latter publicly showed his unhappiness about the way his long-time club was being run.

This time, Messi's frustration extended to Suarez having been "thrown out" of the squad despite him being a top-ranked player.

"We're going to miss you so much. We spent many years together, many lunches and many dinners. So many things we will never forget, all the time we spent together", Messi wrote in an emotional address on Instagram, further stating that his peer "deserved a farewell that fit with who you are: one of the most important players in the history of the club".

"You did not deserve for them to throw you out like they did. But the truth is that at this stage nothing surprises me anymore", Messi went on, directing his rant at the club's management.

He shared with the Spanish outlet Sport he felt that it was "a tough moment", asserting the manner in which he expressed himself was the only way for him to share what had really hurt him at Barca recently.

"I understand people may have thought I should have shut up or let it go, as I did on many other occasions, but a lot of things hurt me in the last few weeks and it was my way of expressing that", he told the edition.

The final part of last season, already ravaged by the lengthy pandemic and related lockdown, saw Barcelona suffer other woes, as they lost the Liga title to rivals Real Madrid, and were defeated 8-2 in the Champions League quarter-finals by eventual winners Bayern Munich.

Messi openly contended the losses hurt him, with the first rumours of his looming departure starting to swirl at the time. While this may be his final season at Barcelona, as his contract expires next summer and he publicly stated that he would follow the terms, he says he is determined to give his all for the club whatever it takes.

© AP Photo / Manu Fernandez
End of the Era? Messi and Ronaldo Absent From UEFA Player Of the Year List

"Whoever knows me knows that I am not capable of playing any way other than always to win, and giving everything on the pitch. It was like that throughout my career and that is not going to change. Today my commitment to this shirt and this badge is total, it is still intact", Messi promised as he began Barca's La Liga campaign by scoring a penalty in a 4-0 rout of Villarreal.

Barcelona confirmed that its all-time top-scorer, Lionel Messi, had informed the team of his intention to leave the club. Messi has a contract with the Catalan club until 2021, with a clause to leave Barcelona at the end of the 2019-20 season, which expired on 31 July.

The striker reportedly expressed a desire to go to Manchester City, while other contenders for the Argentine are believed to be French club Paris Saint-Germain and Italian giants Juventus.