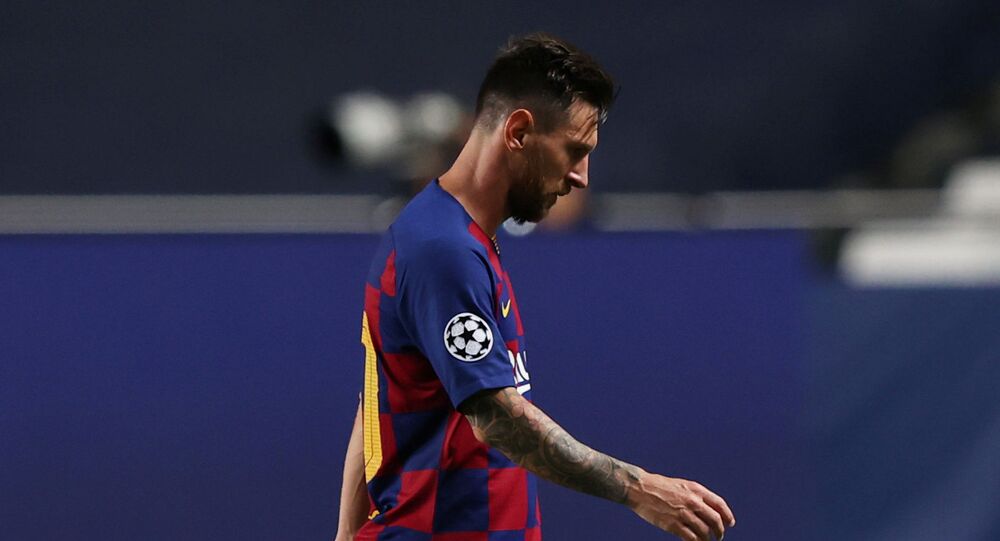 The two earlier talked to each other over the phone, Spanish media reported, as speculation about Lionel Messi leaving Camp Nou, where he has been playing since the onset of his career, gained momentum.

Lionel Messi is set to meet in Barcelona with Manchester United boss Pep Guardiola while the latter is there on holiday, the Spanish TV channel El Chiringuito reported on the programme Jugones, as the Argentinian’s stunning €1.6m-a-week transfer has been on everyone’s lips in recent weeks. Guardiola, with whom Messi successfully worked during some of Barca’s most productive years, in 2008-2012, has already been seen dining out in the Catalan city.

Catalunya Radio has meanwhile reported that Messi, who reportedly has a strong wish to join Guardiola’s side, may not show up for medical tests with Barcelona on Sunday, just ahead of a new playing week. Should this happen, it would be an even clearer indication that 33-year-old Messi wants to leave the club.

“I’m going to talk to Pep so he can arrange my move to City. The soccer there is spectacular”, the Argentinian newspaper La Nacion claims, even saying that Messi has told pals.

Messi and Guardiola had a lengthy phone talk earlier this week, although it remains unclear if the potential move was discussed, according to El Chiringuito's Cristobal Soria.

The Spanish outlet claimed that Lionel Messi told Guardiola during the phone talk that he is striving to win the Ballon d'Or in both the 2020/21 and 2021/22 seasons.

The two remain close since their time together at Camp Nou when they twice won the Champions League.

Now, Man City are desperate to become Europe’s all-time grandees and Messi is seen as a much-sought signing that may finally make it possible.

Although he is understood to be open to a City switch, the Camp Nou squad are waiting for him to tell them that directly before starting talks.

On Tuesday, Messi told the club via burofax that he wanted to leave, after spending nearly two decades at Camp Nou, where he first started playing in his early teens.

He has grown increasingly frustrated with the team’s recent Champions League failures and his relationship with Josep Maria Bartomeu, Barca’s president, has purportedly deteriorated.

However, Spanish media reported that the businessman voiced preparedness to step down if Messi decides not to leave the squad. However, the six-time Ballon d’Or winner reportedly didn’t respond to the claim.

Barcelona are meanwhile not budging from their firm position while awaiting direct negotiations with Messi: they will reportedly not sell the football ace unless his release clause is met.

"Either it's to renew [his contract] or there's nothing to discuss", the Catalan club were cited by Marca as saying over the potential talks.

Therefore, either another club pays 700 million euros to sign Messi, or he carries on at Camp Nou, until his contract expires next September.

Simply the Best: A Look Back at Lionel Messi's Top 5 Career Achievements with FC Barcelona