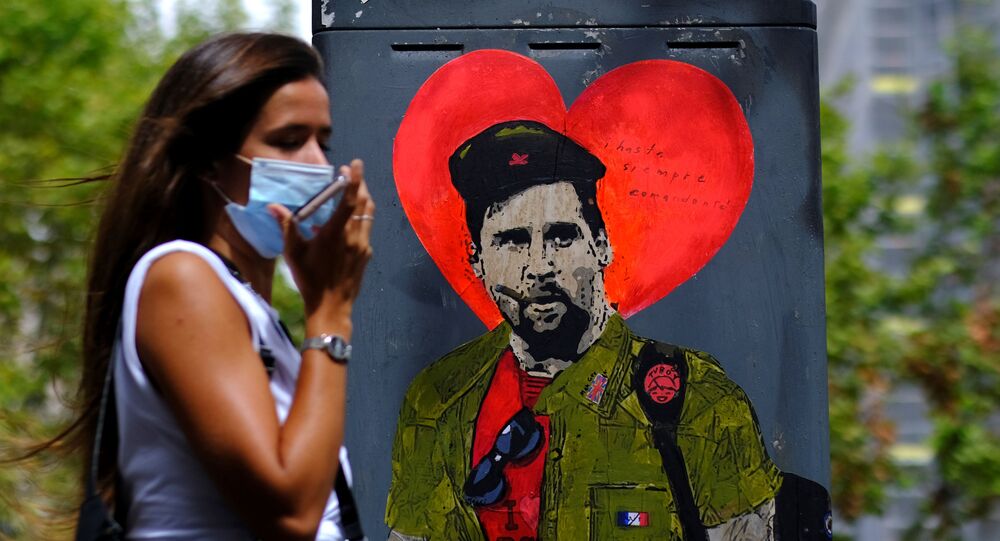 Barcelona’s living legend last week told his club of 20 years that he wants to leave, following a humiliating 2-8 defeat to Bayern Munich in the Champions League. The dispute with Barcelona management, which doesn’t want its main star to go, could potentially result in a landmark legal case.

FC Barcelona believes that Lionel Messi can only legally depart the club for free if he doesn’t play football for a year, ESPN reports, citing in-club sources.

Messi’s contract with Barca, signed in 2017 and due to expire next June, allows him to unilaterally leave the club at the end of each season. His legal team is understood to believe that he has already unilaterally terminated his contract after he didn’t show up for pre-season training on Sunday and Monday.

However, according to ESPN’s insiders, Barcelona argues that the deadline for activating the clause expired in June – meaning the only way for Messi to leave is to forgo his salary for the 2020/2021 season and not sign up with another club until next summer.

It comes as Spanish radio network Cadena Ser claimed on Saturday that the Argentinian’s €700-million release clause is no longer active. La Liga sought to dismiss the speculation, saying in a statement on Sunday that the clause remains valid and Messi cannot be released until the buy-out is paid.

ESPN reports that Barca is still offering Messi the chance to extend his contract until 2023, and the club’s president Josep Maria Baromeu wants to meet with Messi’s father and agent, Jorge, this week to discuss a deal.

Barcelona’s record goalscorer and captain informed the club last week that he wants to leave. The news came a week after an 8-2 defeat against Bayern Munich in the Champions League, the Spanish giant’s heaviest in 69 years.

Manchester City, managed by Barcelona’s former coach Pep Guardiola, is thought to be the clear favourite to sign the 33-year-old superstar.