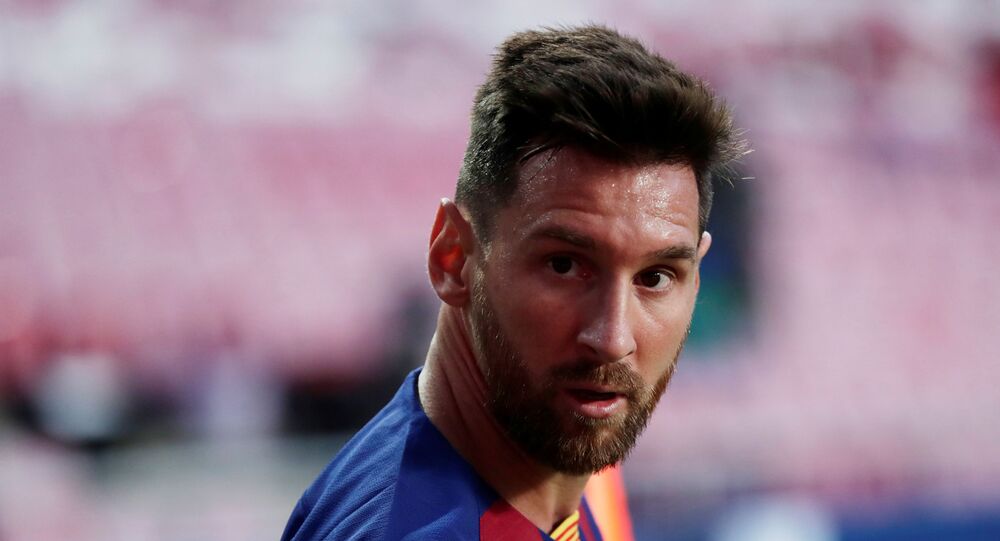 This comes amid rumours that Messi may possibly be transferred after Barcelona's crushing 2-8 defeat at the hands of Bayern Munich in the Champions League.

FC Barcelona has confirmed that Lionel Messi has informed the club about his intention to leave, the Associated Press has reported.

Reuters has quoted a club source, also saying that Messi has told Barcelona he wants to leave.

According to the source, the 33-year-old Messi, who joined the club in 2000 and has spent his entire career there, informed the club about his intention by sending a burofax, a service used in Spain to urgently send a document that requires proof to third parties.

An emergency meeting has been called with the Barcelona board in the wake of Messi's formal request to terminate his contract.

As if it's actually happening! 😳😳😳

Messi's contract with Barca was set to expire in 2021.

The club is having urgent talks to discuss the situation, according to Catalan-language radio station RAC1.

Lionel Messi has asked Barcelona to accept a clause in his contract that would allow him to move on a free this summer. The club are holding an emergency meeting to discuss the issue, reports @rac1 🚨 pic.twitter.com/dGI6DITayL