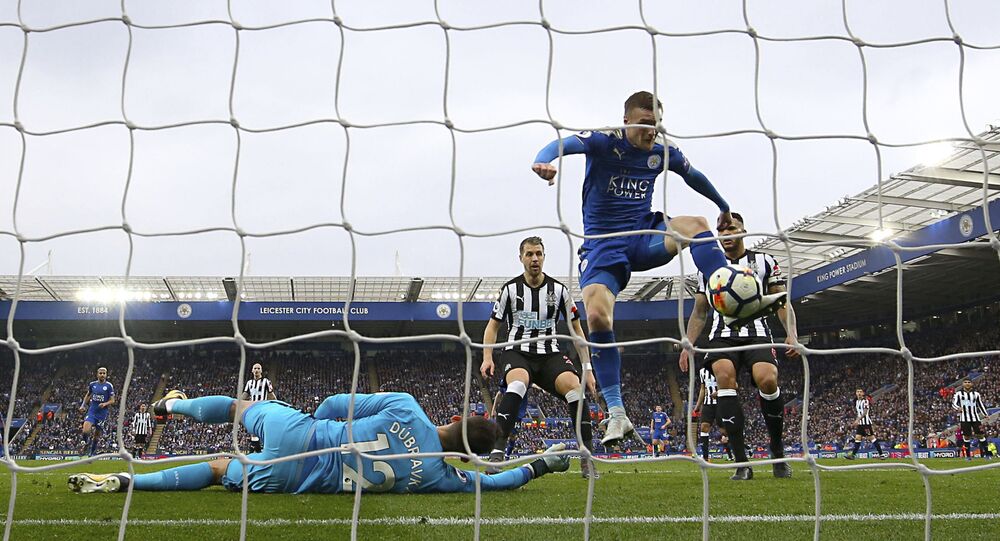 New Delhi (Sputnik): Heading into the last day of the English Premier League (EPL) season, clubs at both ends of the table had a lot to play for in order to compete in European football and avoid relegation. Several players were also looking to grab individual awards.

Leicester City's Jamie Vardy has won the Golden Boot by scoring the most goals in this year's Premier League season.

Despite failing to find the back of the net in Sunday's defeat to Manchester United and being unable to secure a Champions League spot, Vardy's 23 goals were enough to win him the Golden Boot. He finished one above Arsenal striker Pierre-Emerick Aubameyang and Southampton forward Danny Ings.

On the last day season, Aubameyang, who was on 20 goals, made things interesting by scoring a first-half brace against Watford.

However, the Gabon star failed to score another and ended up tied on 22 goals with Ings, who scored a penalty against Sheffield United on Sunday.

Vardy becomes the oldest player to win the scoring title at the age of 33.

Prior to the final day of the season, the Brazilian was tied with Burnley's Nick Pope at 15 clean sheets, but the clarets 2-1 defeat to Brighton saw Ederson edge past Pope.

Manchester City midfielder Kevin De Bruyne has equalled the Premier League record for most assists in a single season, matching Thierry Henry's 20 in the 2002-03 campaign.

Liverpool were crowned champions last month with seven games left. The next Premier League campaign is set to kick off on 12 September 2020.