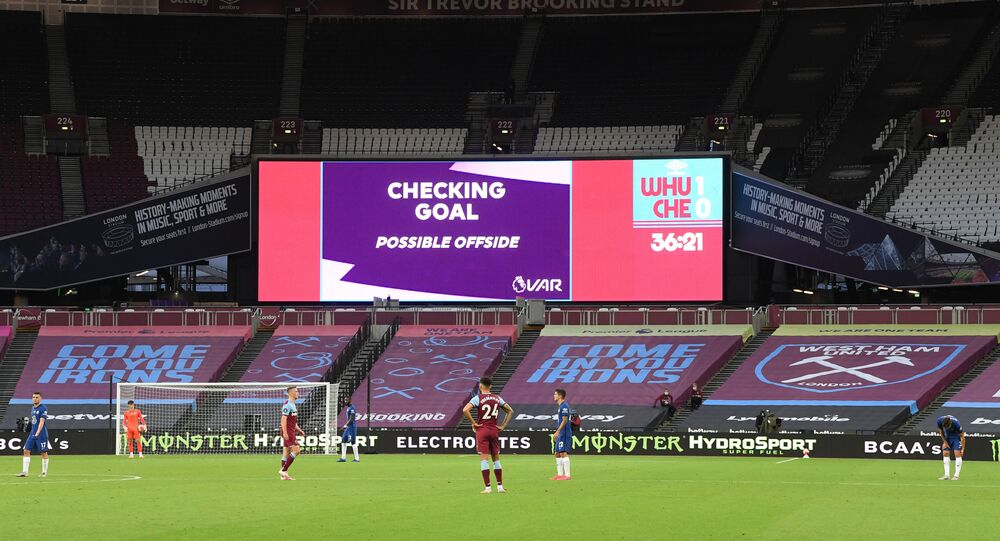 Liverpool have been crowned Premier League champions for the first time, ahead of Manchester City. Manchester United are hoping to qualify for the Champions’ League but on Sunday most attention will be focused on the bottom of the table.

If Watford or Bournemouth are relegated from the Premier League by just one point at the weekend it is possible they will employ lawyers to challenge the decision because of a goalline technology mistake last month.

​Villa - who are based in England’s second city, Birmingham - travel to West Ham on Sunday, 26 July, while Watford visit Arsenal and Bournemouth - who could conceivably stay up too - are away at Everton.

Will @WatfordFC sue if @AVFCOfficial stay up as a result of this "ghost goal" which wasn't given? pic.twitter.com/5TBpXn3op9

​But if Villa stay up by goal difference or by one point then Watford or Bournemouth could challenge their relegation in a court of law.

This is because on 17 June, in their first game back after the three-month break caused by the coronavirus crisis, Villa got a vital point in a goalless draw at home to Sheffield United.

​United scored a perfectly good goal in the 41st minute when Oliver Norwood’s free kick was bundled over the line by Villa’s Norwegian goalkeeper Orjan Nyland.

But referee Michael Oliver’s watch - which should have been alerted by goalline technology and the Video Assistant Referee (VAR) - failed to signal a goal and the game carried on and ended goalless.

Hawk-Eye, the company which provides the goalline technology, said it "unreservedly apologises" to the Premier League and Sheffield United and blamed a malfunction with the Goal Decision System, which should have notified the referee.

That WAS a goal... technology totally been furloughed at Villa Park! 🤬

​It said the seven cameras focused on the goalline were all “occluded”, meaning that none of them spotted that the ball was over the line and it said this had "never been seen before in over 9,000 matches."

Goalline technology was introduced in the Premier League a couple of years ago and this season has been the first where referees have been worked with a VAR team in a control team in west London. VAR has proved to be deeply unpopular with fans and is expected to be reviewed later this year.

With the huge amounts of money involved at the highest level of English football, it is widely expected that Watford or Bournemouth could sue Hawk-Eye, the Premier League or both if they lose their place in the top echelon as a result of the “ghost goal”.

Watford to sue @HawkeyeFootball and Villa if they now go down?? Why sack Pearson as well??🙄🙄

​Bournemouth manager Eddie Howe has refused to comment on it and told reporters he was just concentrating on trying to gain the win at Everton that would draw his team level with Villa and Watford.

Howe said: "The next game is the biggest game of all our careers and we're going to do our best to win it. My commitment to the club has never changed and I've done my best for it since day one. We have to win our game and that's what I'll be focusing on. I'm sure at some point I'll hear what's happening elsewhere, but my full attention will be on trying to win our game."