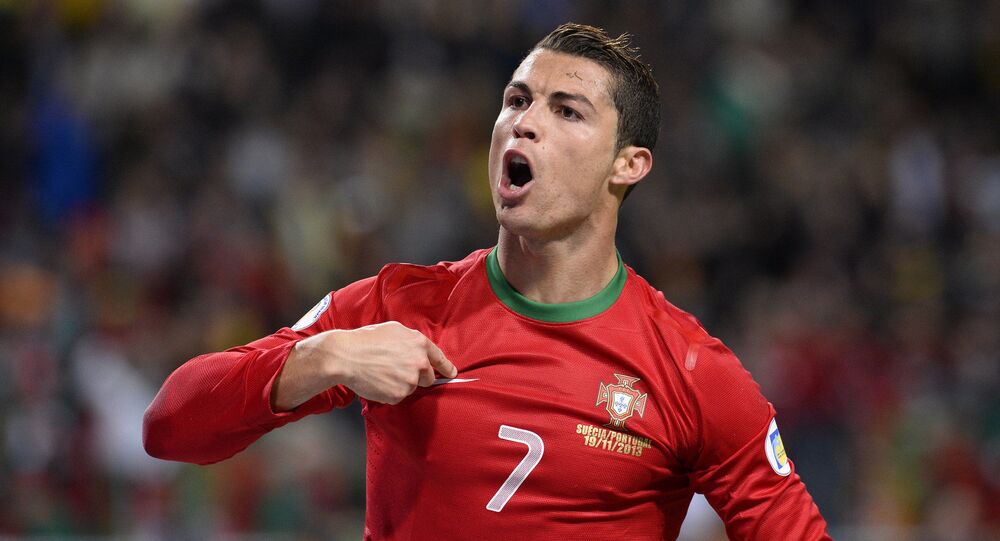 Football celebrity Cristiano Ronaldo, one of the fittest athletes in the world, is currently a far cry from the skinny teenager he used to be, having bulked up significantly since he came to England after signing for Manchester United at 18 in 2003, following a rigorous routine to maintain his incredible physique and stamina.

Juventus star Cristiano Ronaldo, 35, known for his remarkable physique and adhering to a relentless fitness routine, has opened up about one of his guilty pleasures.

The forward for Italy’s Serie A club Juventus and captain of the Portugal national team admitted on YouTube channel ChrisMD he occasionally allows himself a cheat meal, often opting to have a pizza with his son, Cristiano Jr.

“The key is to take care of your body, train, do your recovery and eat properly. Although sometimes I do eat pizza with my son otherwise it would be boring,” said one of the highest-paid footballers in the world.

The football icon, often dubbed CR7 - a combination of Ronaldo's initials and his favoured number, claimed in 2018 he had the "biological age of 23”, and hoped to continue playing into his 40s.

Despite allowing himself the occasional Margherita pizza, Cristiano Ronaldo adheres to a strict diet and a Pilates-based routine focusing on resistance work to strengthen his core.

​During the lockdown amid the COVID-19 pandemic, which had brought all sports to a standstill and forced athletes to train at home, Ronaldo worked out together with his girlfriend Georgina Rodriguez, who claimed at first she felt "ashamed" to train in front of him.

Looking back, Ronaldo recalls a time when he was slammed as too skinny. When he first signed with Manchester United in 2003, the 18-year old athlete was far from the muscle-toned idol he is today, and felt motivated to work extra hard on his physique.

“It's true, I was skinny. I had no muscle… So I made a decision at 11 years old, I knew I had a lot of talent, but I decided that I was going to work harder than everybody,” said Ronaldo.

According to the former Real Madrid star, in the UK he began sneaking out of the dormitory at night to work out.

“I got bigger and faster. I would walk on to the field, and the people who used to whisper “Yeah, but he's so skinny,” now they would be looking at me like it was the end of the world.”

As countries ease COVID-19-induced lockdown orders, football fans have been rejoicing in a much-awaited return of European football, with the Juventus superstar finally returning to the pitch.

On 12 June Juventus and AC Milan played the second leg of their Coppa Italia semi-final, marking the return of professional football in Italy.

Despite a missed penalty by Ronaldo, and a goalless 0-0 draw, Juventus are through to the Coppa Italia final again with 1-1 on aggregate.

​Juventus and its celebrity striker will be seeking their fifth Coppa crown in six years, facing off against Napoli in Rome on 17 June.

Back with a Bang: Cristiano Ronaldo in Post-Pandemic Action, Misses Penalty in Cup Game vs Milan