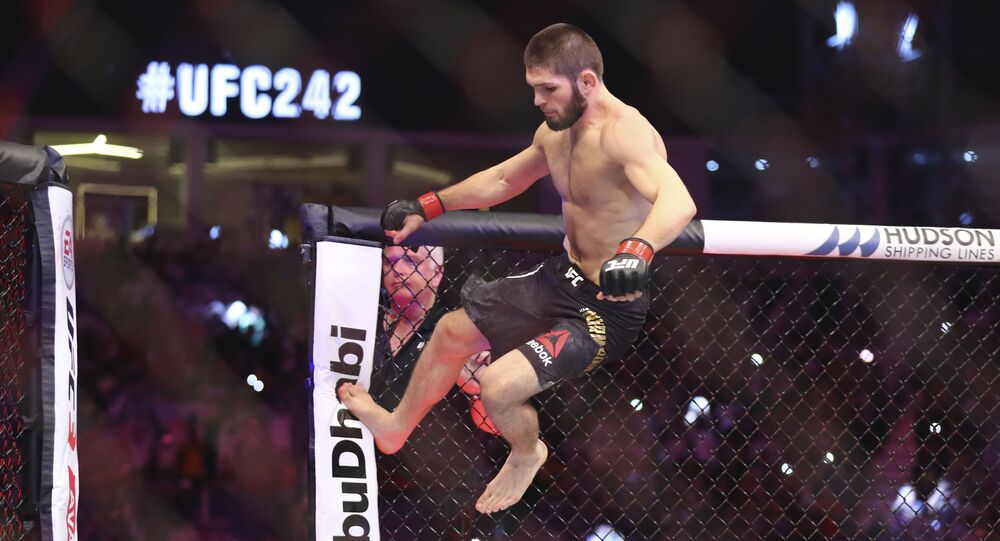 After authorities in NYC, where the highest number of COVID-19 cases has been registered, banned public events of more than 500 people, fans were worried that the two UFC fighters would not meet in the octagon in Brooklyn on 18 April as planned.

Lightweight champion Khabib Nurmagomedov insists that his long-anticipated fight with Ferguson should take place on 18 April, as scheduled.

In an online-conference on Tuesday, Nurmagomedov said that they need only 100 live spectators to watch the fight, others could watch the fight at home while in quarantine.

"Just close us in the arena and you will recognise the champion", Khabib said.

#RT @MMAHistoryToday: “We need maximum 100 people inside the arena. Put camera on and give Pay-Per-View. People in quarantine can sit home and have fun”

The location for their fight, however, remains unknown. UFC President Dana White said that the organisation was considering other potential venues for the fight and is soon expected to come up with at least two possible options. He also insisted the fight would take place no matter what.

Khabib's father, Abdulmanap Nurmagomedov, also told Russia's RBC Sports that the fight was "most likely" to be held in Dubai, where the heat would help fight the virus and where they would pay "faster and easier".