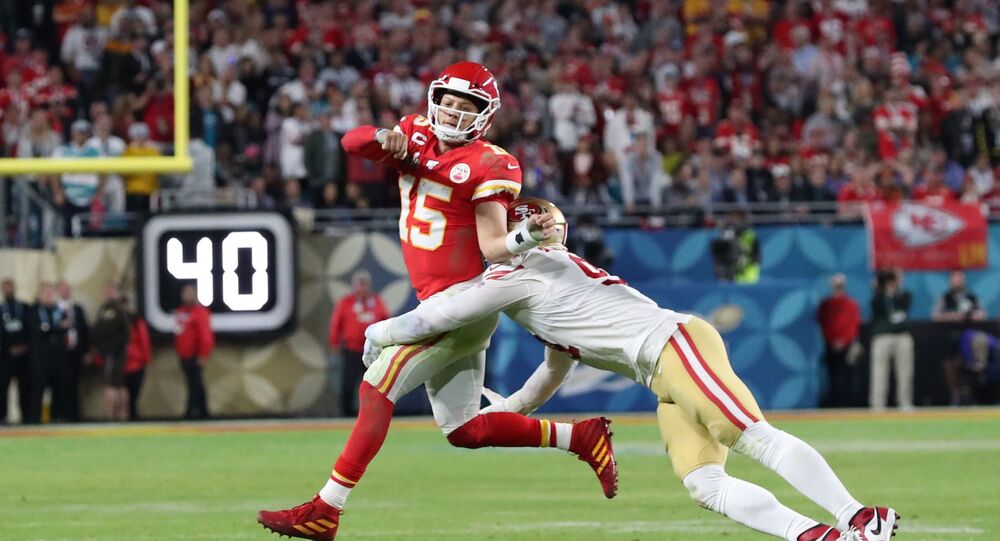 The Chiefs scored 31 to the 49ers' 20. This was the 6th Super Bowl game at the Hard Rock Stadium, which was packed to capacity in America's grandest sports spectacle.

After 50 seasons... the Lombardi Trophy is back in Kansas City! #SBLIV #ChiefsKingdom pic.twitter.com/zAL9pQ0aHJ

​The 49ers became the third team in Super Bowl history to give up a 10-point lead in the second half after blowing the 20-10 advantage and losing 31-20.

© REUTERS / Satellite image ©2020 Maxar Tec
Live Updates: NFL Super Bowl LIV
Quarterback Patrick Mahomes, 24, led the Chiefs to three touchdowns in the final minutes of play, as they overcame a double-digit deficit for the third postseason game in a row. "We never lost faith. Everybody on this team, no one had their head down and we found a way to win in the end", the Chiefs quarterback told reporters after the game.

Mahomes was named MVP after the game, becoming the second-youngest quarterback to win a Super Bowl, adding to his credentials as the NFL's next superstar.

The 49ers were chasing a record-equaling sixth Vince Lombardi Trophy.

This is the 11th time that the Miami area has played host to the Super Bowl. The first five were at the now-demolished Orange Bowl in Miami's Little Havana neighbourhood, while the rest have been at Miami Gardens - inside a building now branded as Hard Rock Stadium.

The Chiefs and the 49ers both started the now completed 2109-2020 NFL season in Florida.

Florida Enhances Security Prior to Super Bowl 54 Amid Concerns Over Coronavirus, Terrorist Attack