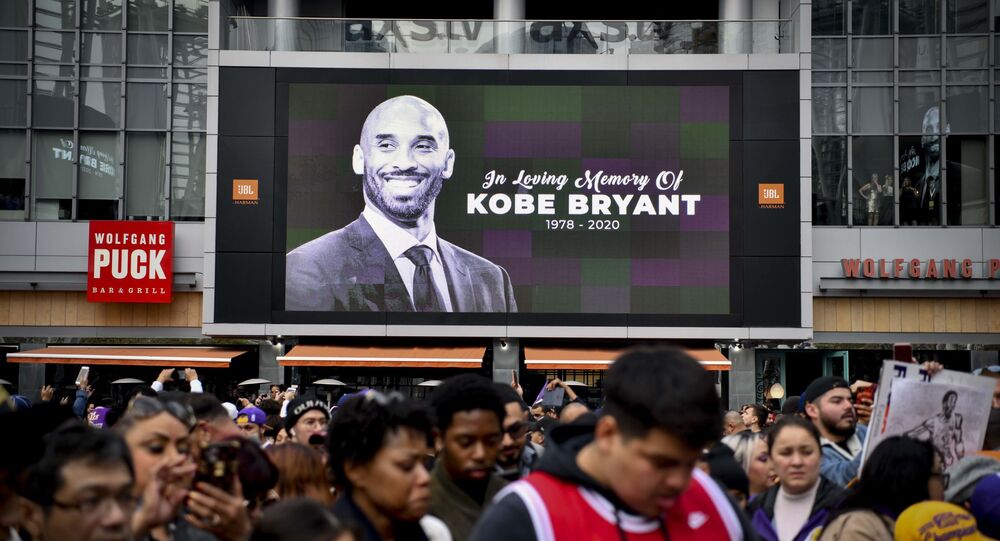 National Basketball Association (NBA) legend Kobe Bryant died, along with his daughter, Gianna Maria-Onore, and seven others, in a helicopter crash in Calabasas, California, on Sunday. Across the world there has been an outpouring of grief following the news of the passing of the sports legend.

The NBA on Monday stated that the league had postponed a regular season duel between the western conference teams Los Angeles Clippers and Bryant's former club, the Los Angeles Lakers, "out of respect for the Lakers organization".

The following has been released by the NBA pic.twitter.com/NgrEP2qpDi

"The decision was made out of respect for the Lakers organization, which is deeply grieving the tragic loss of Lakers legend Kobe Bryant, his daughter Gianna and seven other people in a helicopter crash on Sunday", the NBA said in a statement.

​The game was planned to have taken place at the Staples Center - a home arena for both teams. The game will be rescheduled. Lakers fans spontaneously created a shrine to Bryant near the home court, laying flowers and Bryant jerseys at the Lower Merion High School outside Philadelphia, where he played before he was drafted by the NBA.

According to the US-based media reports, the Sikorsky S-76 chopper slammed into a hillside outside the town of Calabasas amid a thick fog.