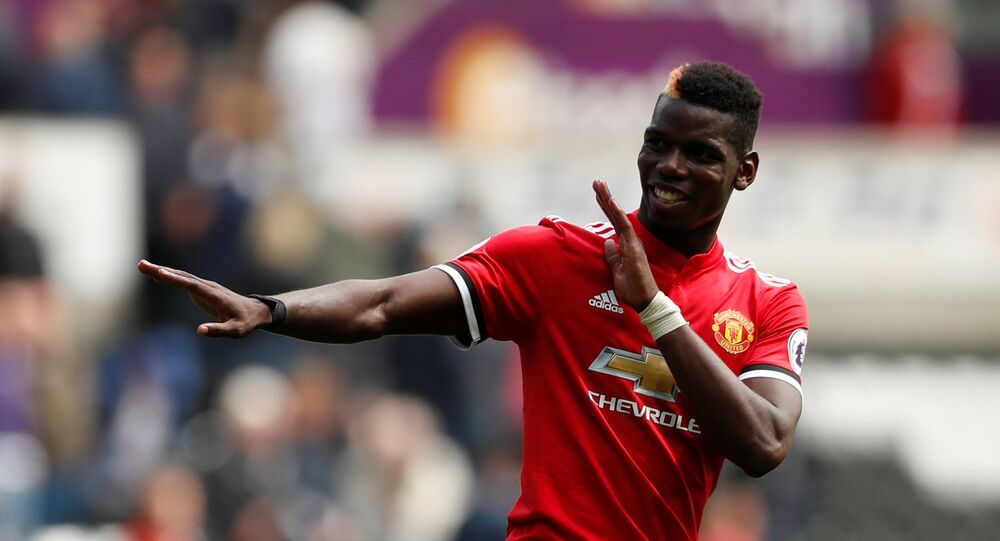 Who’s Going Where? Time’s Up For Sulking Footballers As Transfer Window Opens Across Europe

The transfer window opened for English Premier League clubs and teams in France and Germany on Wednesday, 1 January. The window opens in Spain and Italy on Thursday, 2 January but clubs in Russia will have to wait until later in the month to start trading players.

The multi-billion pound football transfer merry-go-round is swinging into action with agents hawking unwanted or wantaway players to new clubs.

In the January 2019 transfer window there were 519 moves between clubs, totalling £626 million, and there is no indication January 2020 will be any less busy.

So who is likely to be on the move?

Paul Pogba could be on his way out of Manchester United for the second time.

In 2012 Pogba, then 19, was allowed to leave United on a free transfer by United’s legendary manager, Sir Alex Ferguson, who was unable to promise him a berth in the first team.

Pogba became a star for Juventus and later won the World Cup for France in 2018.

In 2016 United, then managed by Jose Mourinho, signed him back for £89 million.

​He said: “I am delighted to rejoin United. It has always been a club with a special place in my heart and I am really looking forward to working with Jose Mourinho.”

But things turned sour and he had a spectacular falling out with Mourinho, who was sacked by United in December 2018.

United fans have criticised Pogba for his inconsistent form and by his poor attitude and most seem resigned to the fact that he will be leaving soon.

Solskjaer on Pogba: "Three or four weeks maybe, I don't know. He's been advised to have an operation by his people and he'll probably do that."

​When Pogba pulled out of United’s match with Arsenal on New Year’s Day with a foot injury, many people on social media dismissed it as malingering.

But he is only 26 and still a quality player when his attitude is right so a move to Barcelona, Real Madrid or back to Juventus is a real possibility this month.

A possible replacement for Pogba at Old Trafford could be Spurs’ Danish midfielder Christian Eriksen.

Eriksen’s contract at Tottenham runs out in the summer and he has been unwilling to sign a new one, unlike team-mate Toby Alderweireld who inked a new contract soon after Mourinho became manager.

Spurs do not want to lose the 27-year-old for nothing in the summer and are thought to be keen on selling him this month. 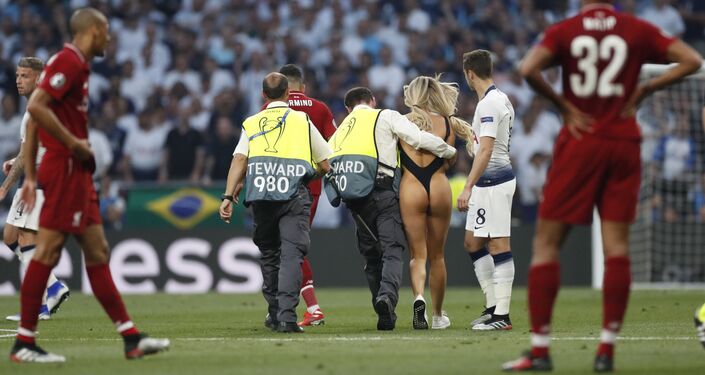 © AP Photo / Bernat Armangue
A pitch invader is lead off the field by security during the Champions League final soccer match between Tottenham Hotspur and Liverpool at the Wanda Metropolitano Stadium in Madrid, Saturday, June 1, 2019

They may be unwilling to sell him to a Premier League rival, and Eriksen may not see the point of joining a club who probably will not qualify for the Champions’ League, so he is more likely to go abroad with Inter Milan the favourites, ahead of Real Madrid and Paris St Germain.

London-born Jadon Sancho surprised many in the football world when he walked out of Manchester City in 2017 and signed for Borussia Dortmund.

But the move has worked out well for him and Sancho, 19, has impressed so much in the Bundesliga that he has made it into the full England team.

Sancho will be hoping to star in England’s team at the European Championships this summer and he could be at a new club by then.

Chelsea have emerged as potential frontrunners for Jadon Sancho.

Frank Lampard is eager to bring Sancho to Stamford Bridge and the prospect of a return to London is thought to appeal to the player, who grew up in Camberwell, south London.

​Dortmund have just signed Norwegian prodigy Erling Haaland, so could be willing to listen to offers from Sancho.

Chelsea are said to be very keen on bringing him back to the English Premier League and City are thought to be ready to swallow their pride and sign him too for a fee which could be upwards of £50 million.

RB Leipzig have stormed to the top of the Bundesliga this season - taking advantage of champions Bayern Munich’s woeful campaign - and much of their success is due to the goals of 23-year-old Timo Werner.

Werner, who was signed from VfB Stuttgart in 2016, has scored 18 goals and forced his way into the German national team.

Where will you be heading this January Window Transfer, Timo Werner❓ pic.twitter.com/27wmEPfQhE

​RB Leipzig are owned by the Austrian energy drinks company Red Bull, who have invested millions of euros into the club and are keen to win their first Bundesliga championship.

So anyone wanting to buy Werner will have to come up with an awful lot of money to prise him away from the Red Bull Arena.

Chelsea, Liverpool and Real Madrid are all said to be interested in him but they might have to agree to pay a fee now and loan him back to RB Leipzig for the rest of the season, so he can score the goals to help them stay ahead of rivals  Borussia Mönchengladbach and win the Bundesliga.

Another star in RB Leipzig’s firmament has been French defender Dayot Upamecano, 21, who has been the lynchpin of their miserly defence.

Arsenal’s new manager Mikel Arteta is said to be a big admirer and will put him at the top of his January shopping list, seeking to shore up The Gunners’ notoriously leaky defence.

But, like Werner, RB Leipzig will be unwilling to sell a key player as they seek to follow through and win their first Bundesliga title.

​They might accept a purchase and loan-back deal, or Arsenal might have to wait until the summer.

Arteta is expected to be busy clearing out players who do not figure in his long-term plans.

One of those was thought to be Swiss midfielder Granit Xhaka, who reacted furiously after being booed by home fans after being substituted in October, but he played well in their 2-0 win over Manchester United on Wednesday.

Arteta said of Xhaka: "I think he's going to stay. I really like him. If we get him on board he can be a tremendous player for the football club.”

More likely to be leaving in January are defender Shkodran Mustafi, midfielder Henrikh Mkhitaryan and possibly Dani Ceballos, whose contract expires in the summer.

Russian winger Fedor Chalov, 21, is being widely coveted among Europe’s top clubs and Chelsea are believed to be in the front of the queue.

The Londoners, whose transfer embargo has now been lifted, have reportedly made an offer for Chalov and manager Frank Lampard has been given a £150 million transfer kitty by owner Roman Abramovich.

​Chalov has scored six times in 27 appearances this season for CSKA.

Several other English Premier League clubs are reportedly interested in him, including Brighton, but he would prefer a move to Chelsea.

Unheralded Hull City - who were in the English Premier League between 2007 and 2017 - may be forced to sell their biggest asset, striker Jarrod Bowen, this month.

Bowen, 23, has scored 17 goals in 27 games for Hull in the Championship this season and a number of clubs are chasing his signature.

​Leeds United, who  lead the Championship, are in need of a top quality striker but Bowen would prefer a move direct to the Premier League.

Bowen would be an ideal long-term replacement for Jamie Vardy - who turns 33 later this month - at Leicester but there is speculation Midlands-born Bowen may be heading to Aston Villa.

Colombian striker Alfredo Morelos has been a smash hit in Glasgow, since joining Rangers from Finnish club HJK in 2017.

He has scored 44 goals in 82 games and this season he has been key to Steven Gerrard’s team mounting its first serious challenge for the Scottish Premier League title for a decade.

​Rangers beat Celtic in the Old Firm clash last week and are now only two points behind their old rivals with a game in hand.

Several English Premier League clubs - including struggling Norwich City - are believed to have run a rule over Morelos but Rangers would be unwilling to sell him unless offered a king’s ransom.

Morelos is more likely to move in the summer.