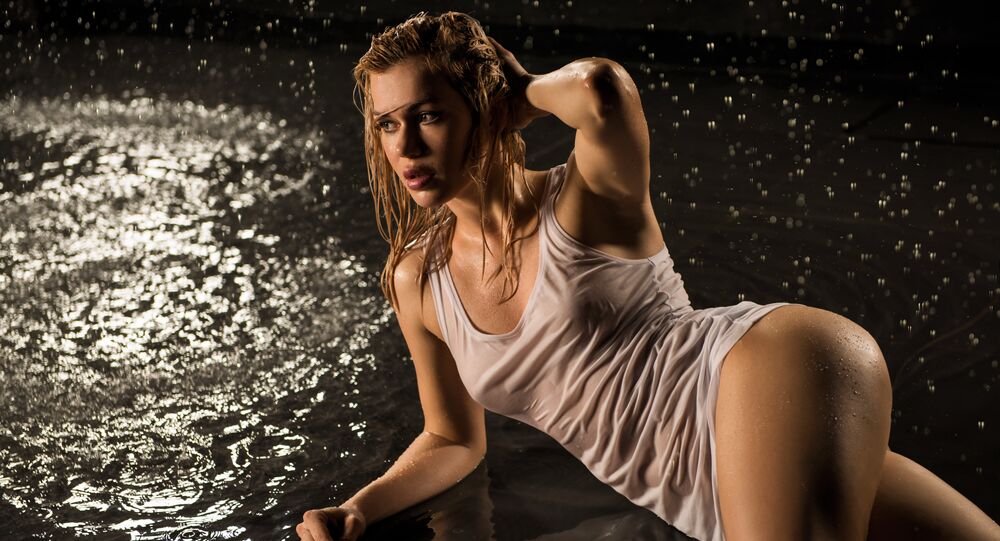 Unlike athletes from other sports, these stunners are hidden under massive square-like uniforms and helmets. However, during the season when miracles are in the air, the Russian Women's Hockey League has presented a special treat.

A limited edition of the Women's Hockey League’s 2020 calendar has brought together 12 athletes covering themselves with nothing but branches, leaves, and flowers.

The beauties, representing seven clubs of the Russian league, have taken on an unusual image, changing away from their regular uniforms and portrayals of northern warriors in the 2019 calendar. In the flower-and-fruit-themed photoshoot, each stunner represents a certain month suiting her character and looks.

For example, July’s Anna Prugova from Ufa’s hockey club Agidel featured in a photo tribute to American Beauty, as she is pictured on a heap of leaves and flowers, covered in rose petals.

Elizaveta Kondakova from the club Tornado, based in the city of Dmitrov in central Russia, also balanced one step away from what could otherwise have been censored on Instagram, guarding her modesty with bunches of white flowers.

However, it was not all just flowers and petals. Another stunner from the club Agidel, raven-head beauty Elizaveta Rodnova, who posed for November, dressed up in all kinds of autumn berries.