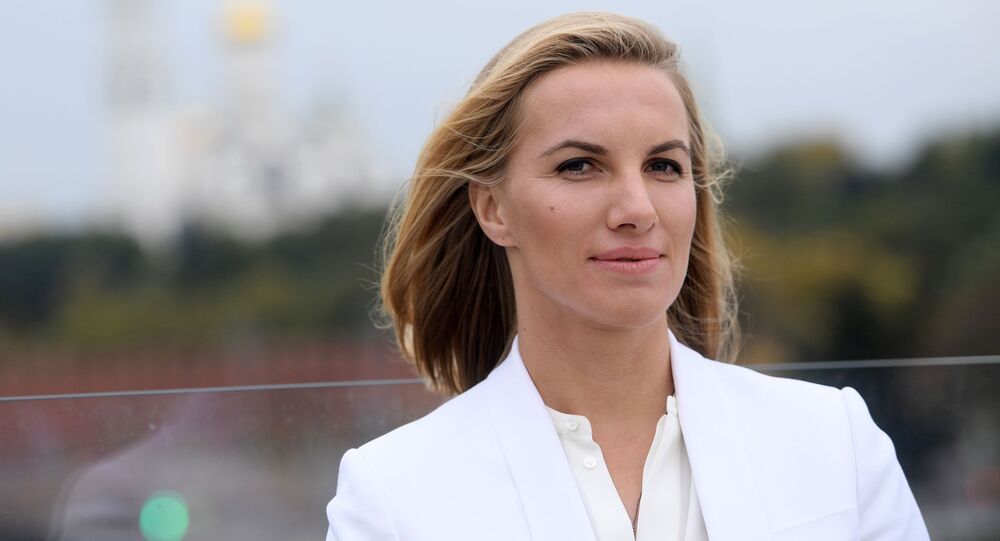 MOSCOW (Sputnik) – Prominent Russian tennis player Svetlana Kuznetsova told Sputnik that she believed in sports being independent of politics, commenting on her problems with getting a US visa.

"It is difficult to name the reason. This is the first time I am facing such a situation. I have always applied for a visa in Moscow and had no problems. Since when I was 16 years old, I have always participated in the tournaments on the US soil. I would not like to give any interpretations. I believe that the sports are far from politics", Kuznetsova said.

The athlete stressed that she was getting support from her family and friends.

The athlete added that she had no illusions but pointed out that after the morning announcement she got a message from the consulate with a call to bring her passport.

Unfortunately I had to pull out of Washington due to my problems with US visa(. Wanted to apologize to all my fans who were waiting for me there .. Never had issues like this in my life , hopefully one day I can finally get a visa and play at list some events of the US swing ! // Друзья , ситуация с Американской визой вынуждает сняться с турнира в Вашингтоне, к сожалению не смогу туда поехать и постараться защитить титул. Такая ситуация сложилась за карьеру (не короткую 😂) впервые, очень надеюсь на ее скорое разрешение ! #гдеродилсятамипригодился #яузналчтоуменяестьогромнаясемья

Earlier in the day, Kuznetsova said that she would miss the Washington Open tournament, which was won by her last year, over visa-related problems. The US Department of State refused to comment on the situation, saying that the information about visas was confidential in the United States.

"Visa records are confidential under US law; therefore, we cannot discuss the details of individual visa cases", the State Department official said.

All visa applications, the US official added, are adjudicated on a case-by-case basis.

"We cannot speculate on whether someone may or may not be eligible for a visa. Whenever an individual applies for a US visa, a consular officer reviews the facts of the case and determines whether the applicant is eligible for that visa based on US law", the spokesperson said.

The United States has significantly extended processing time of visa applications for Russian citizens after Moscow and Washington exchanged several rounds of the expulsion of diplomats and subsequent cuts of consular staff last year.