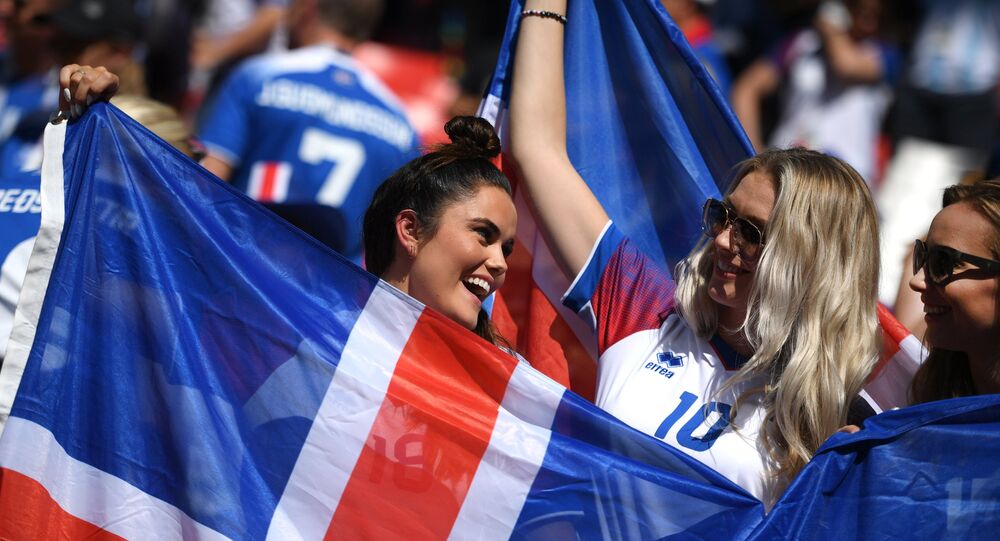 Iceland Strikes Back at Turkish Complains of Racism at Airport

According to the Icelandic Football Association and Keflavik International Airport representatives, Turkey's complaints are wildly exaggerated and there were logical reasons for the national football team's recent delay.

While the arrival of the Turkish national team prompted loud criticism from the social media, journalists, team players and even the country's foreign minister, Icelandic officials argue that these complaints don't reflect reality.

Yesterday, team Turkey lodged complaints over a lengthy delay at Keflavik International Airport in Reykjavik. The team claimed that their bags were searched and that they had to wait three hours to merely leave the airport. Also, both the team and the Turkish public went livid over a random man who stuck a toilet brush in the Turkish captain's face, pretending it was a microphone.

Once the team is in, a supposedly Iceland citizen, who poses like a journalist, points a toilet brush to a prominent player like it is mic.

​While the public ire culminated in a massive online mob seeking vengeance, the man in question was actually not an Icelander but a foreign visitor to the country, according to national broadcaster RÚV.

Furthermore, the team didn't wait three hours, Víðir Reynisson, the Icelandic Football Association (KSI) chief of security, told the newspaper Vísir. Rather, only two hours had passed from the moment their plane landed until they reached their hotel.

The Turkish team wasn't singled out for a baggage search and wasn't subject to any discrimination, Isavia, the company that operates Keflavik International Airport, told RÚV.

According to international regulations, any plane arriving in Iceland from a country outside the EEA must be searched. Further delays were caused by the inordinate amount of electronics and bottles of fluid found in said baggage, but these were delays everyone had to endure, regardless of where they came from.

“The Turkish National Football Team was travelling from an airport outside the EU/Schengen area, which is not recognised as a One Stop Security airport. All passengers, irrespective of nationality, travelling from such airports to Keflavik Airport undergo a security check on arrival as a matter of standard procedure”, it wrote, pointing out that the security check and the border controls "took a total of 1 hour 21 minutes from the moment the Turkish plane landed in Keflavik", the ministry said.

“Unfortunately, an official request for a fast track security check from the Turkish Embassy in Oslo was not received in time to be processed, as it was sent on only hours prior to the team’s arrival in Keflavik.”

Nevertheless, the incident triggered a huge outrage on the social media, as thousands of Turks voiced their frustration in a campaign named #TurksAreComingForIceland, with many resorting to threats.

Find the guy who with brush and apologize for what you did at airport m*f*cker #TurksAreComingForIceland pic.twitter.com/LSDV4F7Qvq

Our National Team didn't deserve this rudeness. lt' was a big shame. 🇹🇷
We Turks are extremely eager to show Turkish hospitality to the guy who handed the toilet brush at the airport. He must come to Turkey.
#TurksAreComingForIceland #lceland #Turkey #lcelandTurkey pic.twitter.com/VgXwoZfdOX

​Iceland will meet Turkey on the football pitch in a UEFA EURO qualifier tonight.

WATCH Icelandic President Get Round of Applause After Remark in Russian