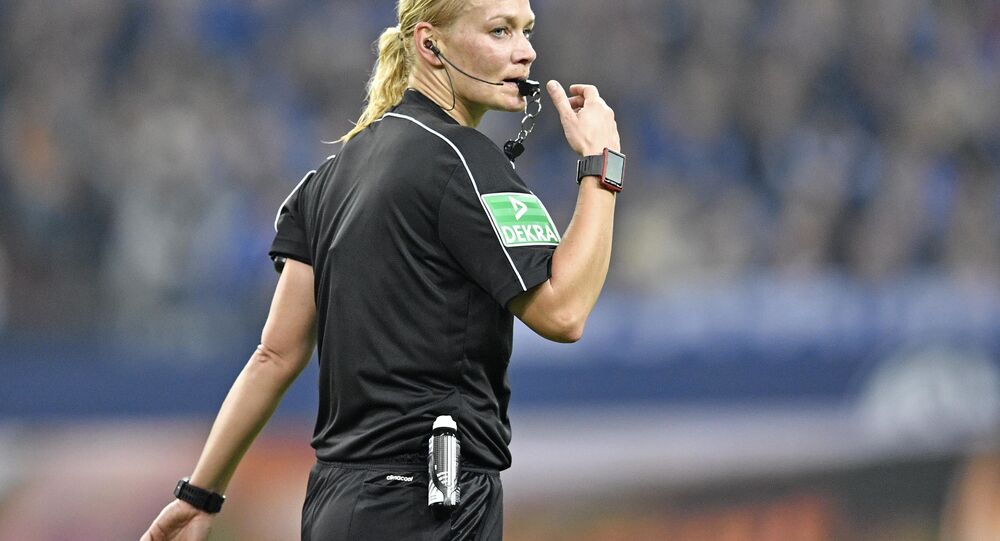 The current ruling administration in Tehran does not allow images of women showing appreciable amounts of naked skin to be broadcast on state-owned networks.

​The thirty-nine year old Steinhaus is the first woman to officiate in men's professional football matches in Germany. In 2018, she was named one of the nation's top referees.

"The Bundesliga is one of the world's most respected leagues, so having a female official here is a big step in general for female officials. The recipe for respect is to treat people the way you would like to be treated. You don't need to scream and shout to get a job done," Steinhous said in a 2018 interview with German media.

"Communication is key. You must be polite, helpful and straight forward. If you can do this, I think you're on the right path," Steinhous added at the time.

In 2016, Iran launched a ‘National Internet' project, an alternative form of censorship in cyberspace. The project's aim is to control the spread of "viral and immoral information from the West" and is designed to filter information and block data considered immoral and inappropriate for Iranian youth.