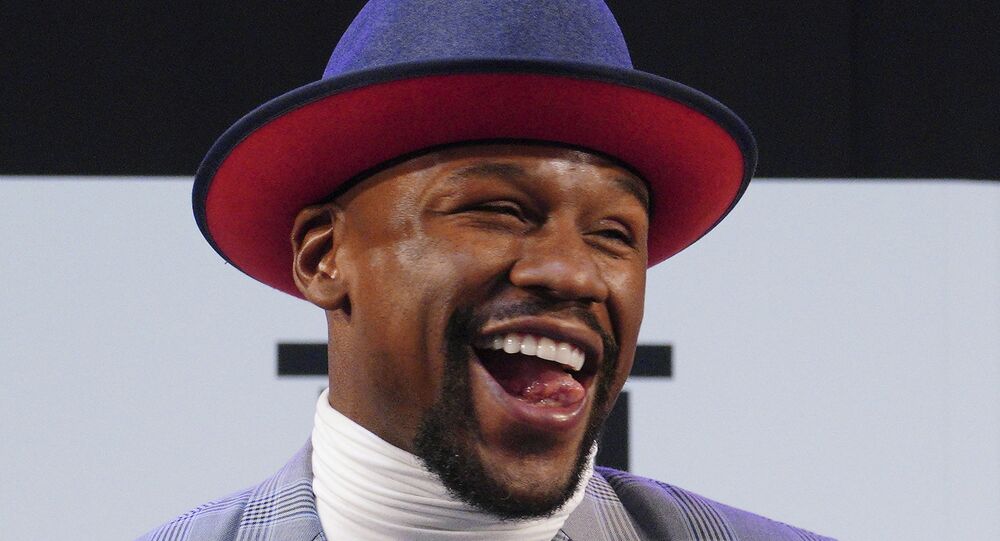 The road to a fight between famous American boxer and Tenshin Nasukawa has been bumpy, as Mayweather thought it was a closed bout, while its organisers, RIZIN, announced it as an open one that would be televised. The sides later agreed for it to be an exhibition boxing matchup, which will last only 3 rounds.

American boxing champion, Floyd Mayweather Jr. has shared on Instagram the amount of his pay for the exhibition bout with Japanese kickboxer Tenshin Nasukawa, which will take place on 31 December in Tokyo, Japan. The boxer said he will receive $9 million for 3 rounds with Nasukawa, which will last for 3 minutes each.

"I like to call it a 9 minute walk thru", Mayweather wrote.

According to recent reports, today's key fight between the US boxer and Japanese kickboxer was delayed by one hour as Mayweather got stuck in a hotel lobby, allegedly due to the influx of cameras and fans.

The upcoming exhibition matchup has caused a lot of stir since Mayweather initially believed the match would not be broadcasted to the wider public and was infuriated when the organiser, RIZIN promotions, announced the event as an open one. The deal between the American boxer and RISIN almost crumbled, but the sides managed to negotiate new terms.

Mayweather, who held several titles in five weight classes, so far remains undefeated. The fight with Nasukawa will be the second time Mayweather comes out of retirement. Last time the American boxer fought 10 rounds with MMA fighter Conor McGregor, securing his 50th career victory. That fight also was according to boxing rules.