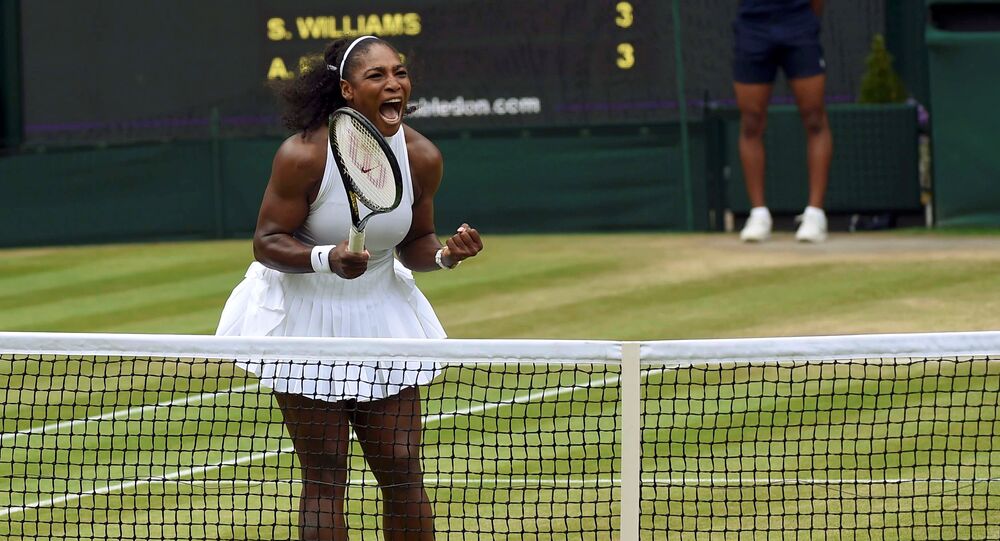 A famous American tennis star blasted the US anti-doping watchdog for an out-of-competition test, which it attempted to conduct when the athlete wasn’t at home.

Serena Williams, an acclaimed tennis player and seven-time Wimbledon champion, has complained about the way the US Anti-Doping Agency had treated her.

According to her, an anti-doping official arrived at her residence early in the morning on June 14, some 12 hours before the time she previously agreed on.

© AFP 2021 / CHRIS JACKSON / POOL
'Kate Is Officially No.1. Bad*ss': Serena Williams on Duchess of Cambridge
"Every day, every player gives a time for testing. My time was actually 12 hours later. For some reason they showed up in the morning, which they are allowed to do. And if I'm not there, then they just leave," Williams said, pointing out that for some reason the USADA official did not leave.

"It really doesn't make sense. For me it's a little frustrating. How can I have a missed test when it's nowhere near the time I should be there? It's really disappointing, shocking. I was like, that's just weird. I'm still trying to figure out why and how that happened," the tennis player added.

Previously, USADA had confirmed that Williams had passed all of the five tests she underwent in June.

Earlier, it was announced that Serena Williams was seeded 25th for Wimbledon despite missing last year’s tournament due to pregnancy and being ranked 181st.

While Williams described the Wimbledon officials' decision as “very noble and honest and cool,” Slovakian player Dominika Cibulkova, who is ranked 32nd, has complained about this move, which saw her bumped from the seeding group.