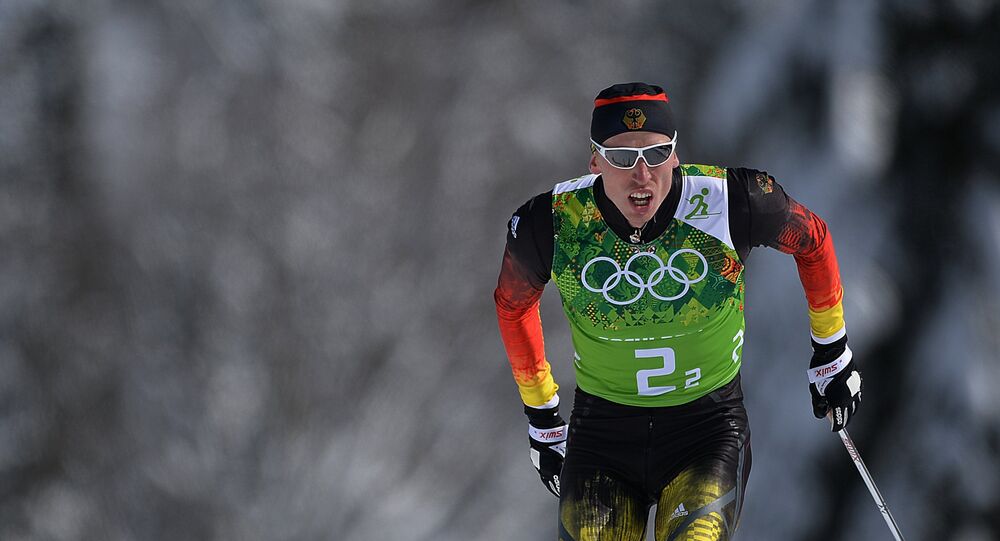 Although Tim Tscharnke performance-wise wasn't the focal point of the 90-kilometer Vasaloppet contest, he nevertheless managed to raise Swedish commentators' eyebrows, as he raced past the cameras sporting the trademark Russian national team tricolor outfit.

"Should we take this as some sort of statement?" SVT sports journalist Jacob Hård wondered after the outfit had been spotted.

"Without a doubt. I absolutely believe that this is some sort of way of supporting the Russian system," fellow commentator and cross-country veteran Anders Blomquist replied. "He has spent a long time in Russia, speaks Russian and likes the Russian system."

At the finish line, Tscharnke countered that this was the "most comfortable" gear he had at his disposal.

"It could have been a statement, however, as I have many friends in Russia. What happened only one week before the Olympics was terrible," Tscharnke told Expressen.

Vasaloppet 2018. A total of 14 473 skiers leaving the starting area in Sälen and heading for the finish line i Mora after 90 km of skiing. Impressive, undescribable, powerful! pic.twitter.com/8CrAj5SNEx

​The Russian winter sports team was the focal point of controversy in 2017, as the International Olympic Committee (IOC) banned 43 Russian Olympians for alleged doping at the 2014 Winter Olympics in Sochi, stripping away 13 Olympic medals. However, the Russians' results were restored following a successful appeal in the Court of Arbitration for Sport (CAS).

None of the sanctioned athletes however, took part in the 2018 Winter Olympics which ended last month in Pyeongchang, South Korea. Team Russia, which had to perform under the moniker "Olympic Athletes from Russia" nevertheless managed to win a solid 17 medals, of which 8 were harvested by skiers alone.

Despite his attention-grabbing move, Tscharnke didn't make the top ten in the race.

Tscharnke, who took the silver medal in the team sprint event at the 2010 Olympics, announced last summer that he was ending his international skiing career, adding that a string of injuries had made it "impossible" for him to continue as a world-class competitor.

Vasaloppet is an annual 90-kilometer long distance cross-country ski race. It is the oldest cross-country ski race in the world, as well as the one with the highest number of participants. The race commemorates a notable journey by King Gustav Vasa during his flight from Danish King Christian II's soldiers in 1520. The modern competition started in 1922 and has been held every year since, bar a few occasions for lack of snow.

​This year's edition of Vasaloppet was won by Norwegian Andreas Nygaard in a dramatic spurt, marking it seven years in a row that a Norwegian has come in first. Swedish skier Bob Niemi Impola came in second, while another Norwegian, Stian Hoelgaard, came third.