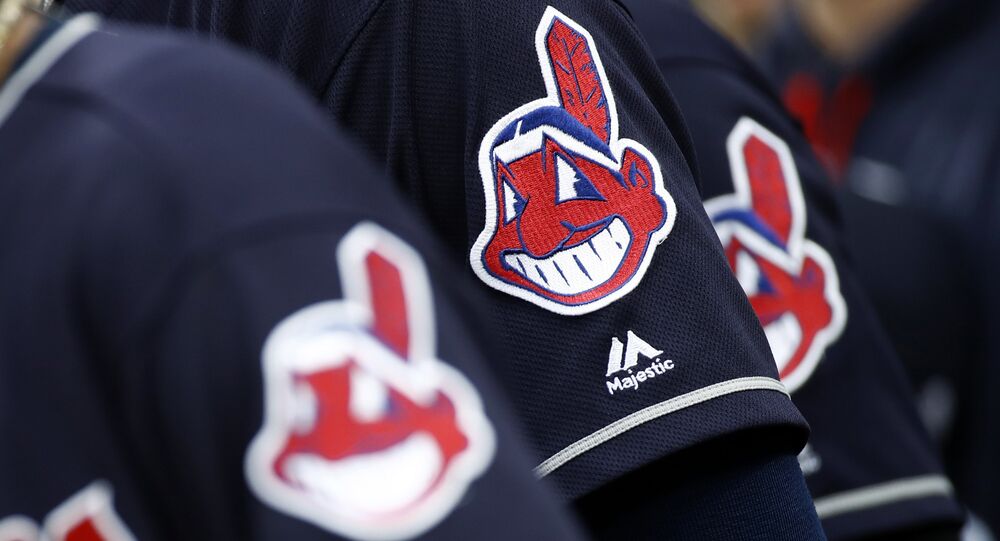 On Monday, American professional baseball team the Cleveland Indians announced its decision to ditch the grinning, red-faced Chief Wahoo logo from their uniforms starting with the 2019 season, after years of protests that the cartoonish image is racist.

"Major League Baseball is committed to building a culture of diversity and inclusion throughout the game," Manfred said in a Monday statement, adding that the logo "is no longer appropriate for on-field use."

Although the mascot will not be part of the uniform in 2019, the club still plans on selling gear with the logo in the Cleveland area.

"But at the same time, I think it should be this year. I don't understand why they're drawing this out. It doesn't make any sense to me, unless they want to continue to make what's basically blood money."

Yenyo and others have also urged the team to change their name.

"If they don't get rid of the name, then you're still going to have fans going down there wearing headdresses and painted in redface," Yenyo said.

However, there are some that are disappointed by the decision.

"It's a big disappointment," said Jeremiah Baker while looking through a bin of caps with his family in a sporting goods store in suburban Westlake.

© AP Photo / Peter Byrne/PA
Football: Who's Up for the Cup?

"Chief Wahoo has been so iconic for so many years, and I understand that some people may be offended, but it's a blow to native Clevelanders," Baker said, ABC News reported.

The logo attracted even more negative attention when the Indians made the World Series in 2016, during which Manfred said he wanted the team to do away with the logo. During the playoffs that year, a lawsuit was filed to ban the logo and team name from Canadian TV while the club was participating in Toronto. The case was dismissed.

The team's bid to host the 2019 All-Star Game may have contributed to the decision.

"While we recognize many of our fans have a longstanding attachment to Chief Wahoo, I'm ultimately in agreement with Commissioner Manfred's desire to remove the logo from our uniforms in 2019," Dolan said on Monday.

As expected, there were varied reactions on social media as fans either applauded the Indians for abolishing a racist logo or expressed disappointment that an emblem of the team will soon be history.

The NFL's Washington Redskins have also been criticized for their Indian-head logo and their name. Last year, the US Supreme Court ruled that the Redskins name cannot lose its trademark protection because some deem it offensive.

US Lawmaker Shot at Baseball Practice Remains in Critical Condition