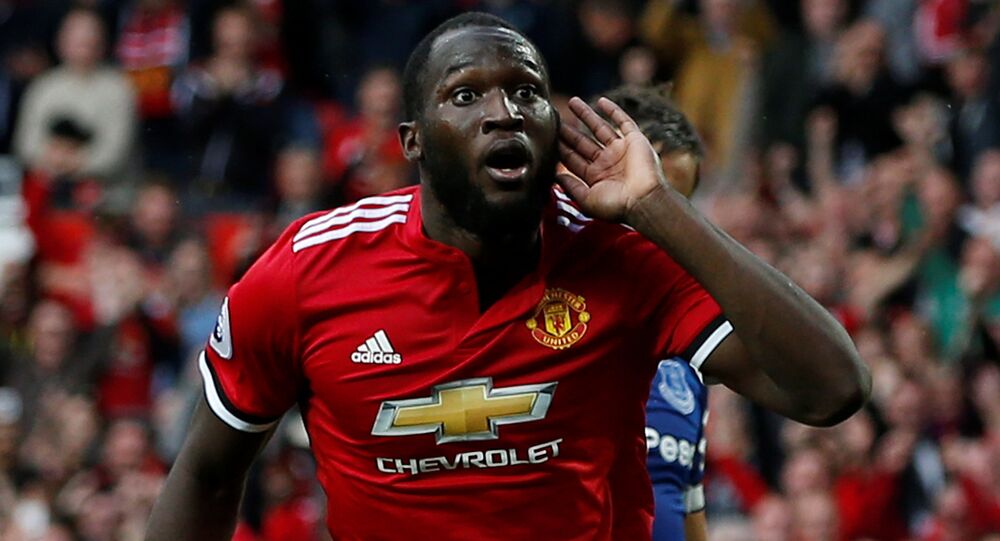 An organization tackling racism in football has complained to Manchester United after footage surfaced of fans singing a smutty song about striker Romelu Lukaku. Could the chant fall foul of the law?

Manchester United fans love Belgian striker Romelu Lukaku so much they have made up a new chant which praises him to the rafters but the song has been termed "racist."

The problem is that the song revolves around stereotypes about black men because the lyrics refer to Lukaku having a "24-inch penis."

The chant first appeared last week, when Lukaku, who signed for the club in a £75 million (US$97 million) deal in July, scored in a 3-0 win at home to Basel.

It was repeated on Sunday, September 17, at Old Trafford when the club beat Everton 4-0 in the Premier League.

"Kick It Out is aware of footage of alleged racist chanting by supporters of Manchester United that emerged on Wednesday evening," said Kick It Out in a statement.

Funded by the FA, Kick It Out aims to "challenge discrimination, encourage inclusive practices and campaign for positive change."

"The lyrics used in the chant are offensive and discriminatory. Racist stereotypes are never acceptable in football or wider society, irrespective of any intention to show support for a player," they added.

As a sport regularly under fire for the controversial behavior of their fans, British football teams are well versed in accusations of prejudice.

But the situation becomes confused when words are used in a self-mocking style or to show pride in a certain ethnicity.

Fans of Tottenham Hotspur, a club with a large Jewish following, have been warned in the past for singing songs in which they refer to themselves as "the Yid Army."

The Crown Prosecution Service later dropped the charges because it was unable to prove that by singing about themselves being "Yids" that constituted "threatening, abusive or insulting" behavior.

Brighton fans, used to homophobic chants from opponents because of the city's large gay population, have turned the abuse around and often sing "1-0 to the nancy boys" after scoring a goal.

But Kick It Out believe racist and homophobic words and stereotypes should be driven out of the game.

"If we receive any reports relating to the discriminatory chant, those will be passed on to the governing body and the perpetrators can expect to face punishment," warned Kick It Out.

There has been no word yet on whether Lukaku himself is personally offended by the chant.

Happy with the win! Thanks for the support today @ManUtd #UCL #1⚽️ #GodIsGreat pic.twitter.com/xCkd5FgmHd

Manchester United has formally responded with a statement.

"We are seeking advice from the relevant bodies. Manchester United has a zero tolerance towards all forms of discrimination," said the club, who include several other black players in their team, including US$100 million midfielder Paul Pogba.

On behalf of ALL Black Men, we ask this Lukaku Chant to be continued. Black & Made of Stone 😂😎😎😎@nukturnal @iamR_GEE pic.twitter.com/FIPifnShmX