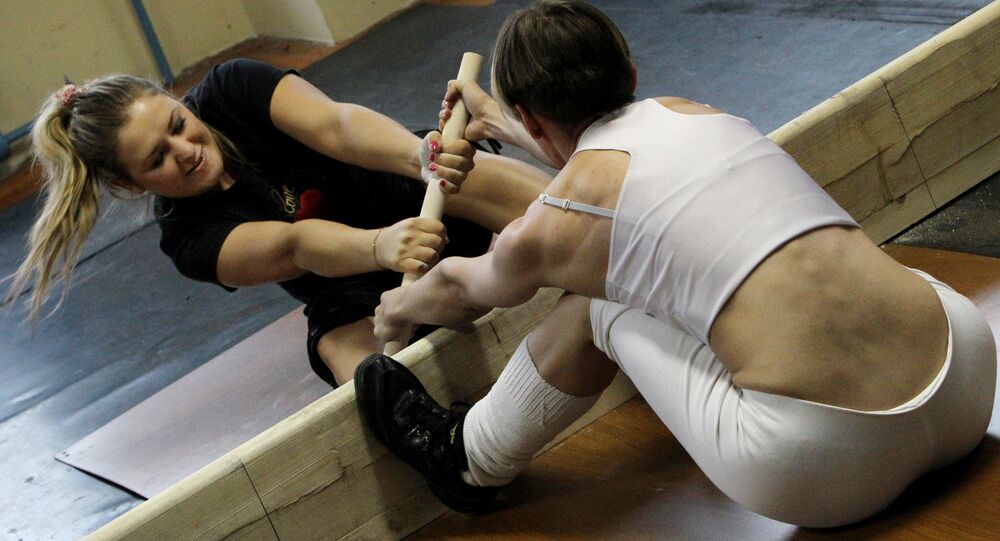 Russian President Vladimir Putin actively supports the idea of including mas-wrestling in the program of the 2020 Olympic Games in Japan. Mas-wrestling is a traditional Yakut sport that resembles a stick pulling game.

Athletes sit in front of each other, propping their feet against a board and holding a wooden stick called a "mas" in their hands. The athlete who wrests the stick from the hands of his or her opponent becomes the winner.

In a final report, released after the 2015 World Wrestling Championship, Russian President Vladimir Putin backed the idea of including mas-wrestling on the list of Olympic sporting disciplines.

Putin also noted that mas-wrestling represents a diverse culture of the peoples of Russia.

© Flickr / Daniel
Japan May Cut Spending on 2020 Olympics by $9Bln
According to the Russian leader, it is important to spread more information about the sporting discipline, so that it becomes popular not only in Russia, but also in other countries worldwide. Mass-wrestling is already well known in the US, where it is especially popular among women.

Following the report, Russian politician of Korean origin Alexander Kim, a presidental candidate for Russia's Yakutia, told South Korean media that he plans to make every effort to include mas-wrestling in the program of the 2020 Olympic Games in Tokyo if he wins the regional election in 2018.

Yakuia, also known as the Republic of Sakha, is a federal subject located in Russia's Far East. It is one of the largest administrative territories worldwide.