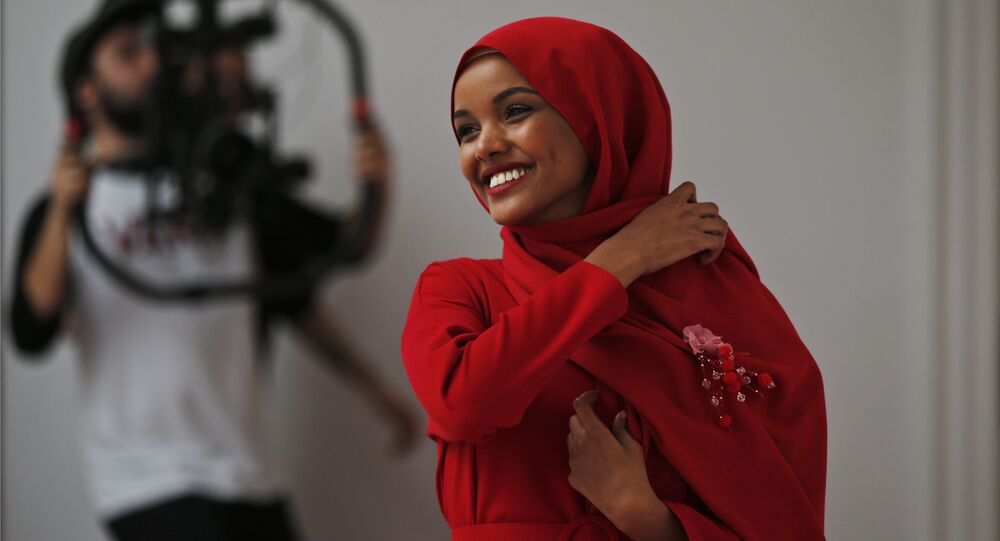 Halima Aden was born in a refugee camp in Kenya, where her family had to move after a civil war broke out in Somalia. They went to the United States when she was seven. Aden received media attention after she participated in a 2016 Miss Minnesota pageant where she wore a traditional Muslim veil.

Halima Aden, who became the first model to wear a hijab on catwalks and at photoshoots, has accused the industry of exploitation. In an interview with the BBC, the 23-year-old woman said many people believe models are "easy to exploit". She recalled an incident during a photoshoot when another Muslim girl was told to go find a bathroom to change in, while Aden changed her clothes in a blocked-out box.

"When I saw that we weren't being treated equally that never sat well with me", she said.

Aden also drew attention to the mistreatment of hair and makeup of models of colour, noting that there needs to be diversity.

"It's not just about having a diverse catwalk. It's also about the people behind the scenes", the 23-year-old said.

The young woman opened up about her decision to quit modelling, saying it felt like she had lost control of her identity. "[For example] jeans being placed on my head in place of a regular scarf. The way they styled it, I was so far removed from my own image. My hijab kept shrinking and got smaller and smaller with each shoot".

Aden became the first hijab-wearing model to appear on the cover of British Vogue and Vogue Arabia. She also teamed up with famous US designer Tommy Hilfiger, who designed a burkini, a swimsuit for Muslim women, for her. The 23-year-old wore it on the cover of Sports Illustrated.

Halima Aden is the first model to wear a hijab and burkini while gracing the pages of a Sports Illustrated Swim Issue✨ pic.twitter.com/xXvZCy8z8Q

​The young woman remains hopeful that her decision to quit the fashion industry will inspire younger models.

"I sacrificed my career so that they could feel comfortable to speak up in any setting. I felt great pressure being the first hijab-wearing Muslim model in the industry and I felt a sense of responsibility to the girls coming after me", she said.