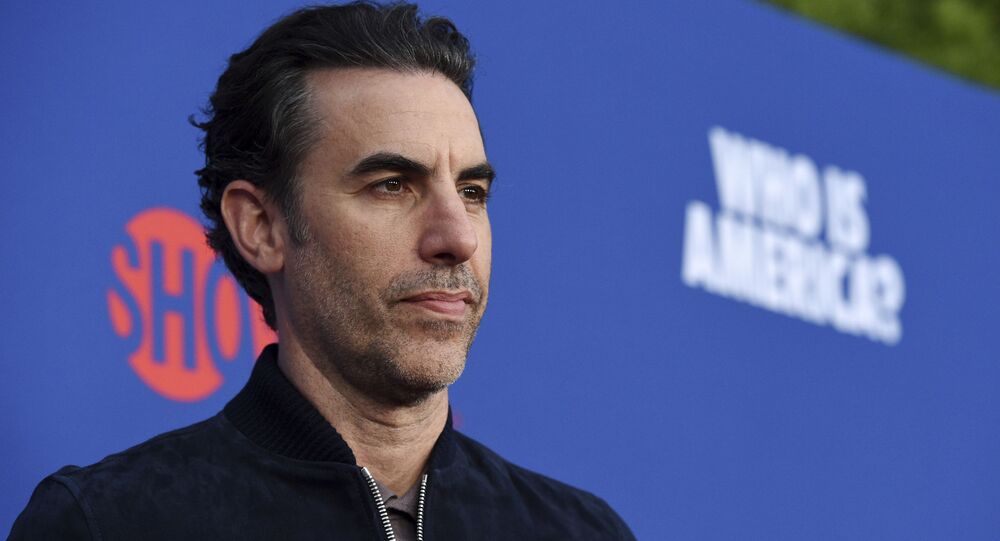 US District Judge John Cronan determined that Moore waived his right to file a lawsuit against Baron Cohen when he signed an agreement with “unambiguous contractual language” that prevented the Alabama official from filing a suit.

Moore and his wife Kayla had filed the $95 million lawsuit on the grounds of defamation and emotional distress after an interview involving the Alabama official was aired as part of the Showtime series in July 2018.

The interview saw Moore sit down alongside Baron Cohen, who was disguised as fictional Israeli anti-terrorism expert Erran Morad, for a demonstration of a device that allegedly had the power to detect pedophiles. As the segment went on, the detection device eventually sounded off the moment that Baron Cohen brought the instrument near Moore.

It’s worth noting the segment was filmed months after Moore lost his 2017 special election bid for the state’s open Senate seat, after he began to face multiple accusations that he sought out sexual relationships with teenagers when he was in his 30s. He has repeatedly denied the accusations.

At the time, Moore agreed to participate in the get-together under the pretense that he would be receiving an award for his support of the Israeli state. Recordings of the segment later showed Moore abruptly leaving the set and proclaiming, “I support Israel; I don't support this kind of stuff.”

“Given the satirical nature of that segment and the context in which it was presented, no reasonable viewer would have interpreted Cohen’s conduct during the interview as asserting factual statements concerning Judge Moore,” Cronan declared in his ruling, underscoring First Amendment rights and the waiver prevented the lawsuit from going forward.

The segment was “clearly a joke,” the judge added.

The ruling - to no one’s surprise - was not met warmly by the Moore team, which quickly submitted an appeal.

Larry Klayman, a legal representative for the Moore family, told Reuters that Cronan’s conclusion made “no factual and legal sense,” and that the “dismissal is the joke and more than a bad joke at that.”

Baron Cohen, who has built much of his career on over-the-top satirical characters such as Ali G and Borat Sagdiyev, also stole headlines in 2018 when he had former US Vice President Dick Cheney sign a waterboard device for another segment on the comical Showtime series.