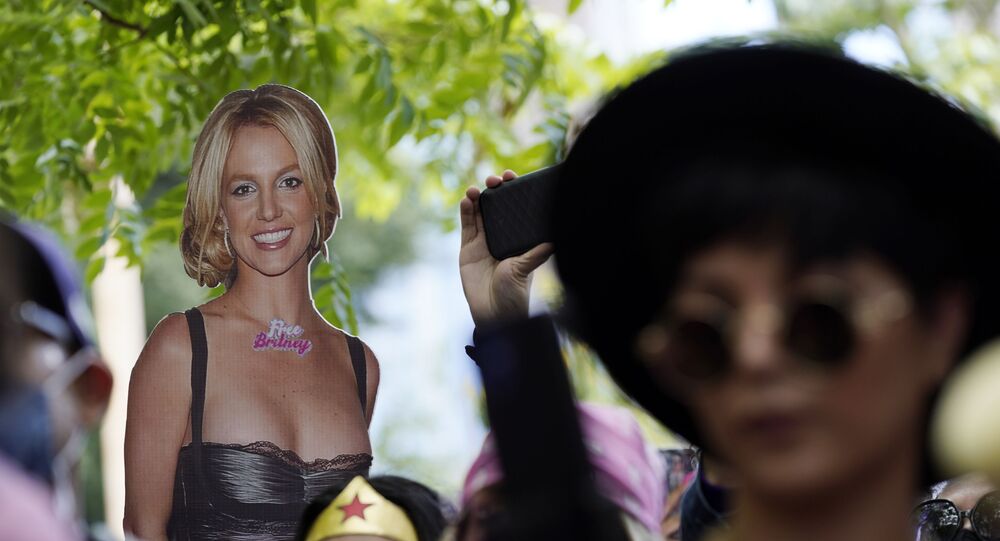 The Princess of Pop told a Los Angeles court last week that her conservatorship, a legal arrangement that left her father Jamie in charge of her finances and persona for over a decade, has been equal to “sex trafficking."

Jamie Spears reportedly called his daughter “a w***e and a terrible mother” while forcing her to lose weight, shortly after she was placed under his conservatorship in 2008, a former friend of the Spears family – Jacqueline Butcher – told the New Yorker.

Butcher claims that less than two months after Britney was released from hospital after being involuntarily held in a locked psychiatric hospital in the early months of 2008, she visited Spears’ home and heard a conversation that apparently left her “sick.”

“Jamie said, ‘Baby,’ ” Butcher told the magazine, “and I thought he was going to say, ‘We love you, but you need help.’ But what he said was ‘You’re fat. Daddy’s gonna get you on a diet and a trainer, and you’re gonna get back in shape’."

According to Butcher, Jamie continued to taunt his daughter in the following weeks:

“He would get all in her face – spittle was flying – telling her she was a w***e and a terrible mother,” the former pal claimed. “Lynne [Britney’s mother] was just, like, ‘Obey Daddy and they’ll let you out’.”

Jamie Spears was longing for his daughter to make a comeback at the time following a series of mental health episodes and public breakdowns, including when she refused to give her sons back to former husband Kevin Federline. The dramatic scene led to the star’s hospitalisation and loss of visiting rights for her kids, and eventually the conservatorship arrangement.

In October 2008, the legal arrangement was made permanent, leaving Spears’ financial deals and "persona" in the hands of her father for years to come.

Butcher says she now regrets helping the Spears family to secure power over Britney and her earnings in 2008.

“I thought we were helping,” she said. “And I wasn’t, and I helped a corrupt family seize all this control.”

The "Baby One More Time" singer didn’t speak up publicly about the arrangement until this June, when she told a Los Angeles court during an open hearing that the “abusive” conservatorship was akin to sex trafficking. She was forced to work, take strong psychiatric medication against her will, forced to take birth control measures, and was generally deprived of her freedom to make personal choices.

“I’m not lying. I just want my life back. And it’s been 13 years. And it’s enough. It’s been a long time since I’ve owned my money,” she told Judge Brenda Penny in a hasty recitative.

According to Spears, her 68-year-old dad just “loved the control to hurt his own daughter” and hearing her cry.

“And I would honestly like to sue my family, to be totally honest with you,” the star said, adding that “anyone involved in this conservatorship” should “all be in jail."

Jamie Spears said following his daughter’s public outcry that he “loved her very much” and hated to see her in pain, but added that he has not been involved in her personal conservatorship since 2019, after her care manager Jodi Montgomery took up the role.

Montgomery’s position was widely reported to have been temporary as Jamie was battling health issues, although he remained in charge of Britney’s finances.

In November 2020, Jamie was downgraded to the role of co-conservator of Britney’s estate alongside the Bessemer Trust.

Shortly after Britney’s heart-breaking testimony that saw her fans flooding social media with the already viral #FreeBritney hashtag, a Los Angeles judge denied the request to remove Britney Spears’s father from her conservatorship.

The decision was not a response to her June testimony but to a previous request from Spears’ attorney Samuel Ingham III filed in November.

So far, Jamie Spears maintains through his legal team that he's “unable to hear and address his daughter’s concerns directly because he has been cut off from communicating with her."