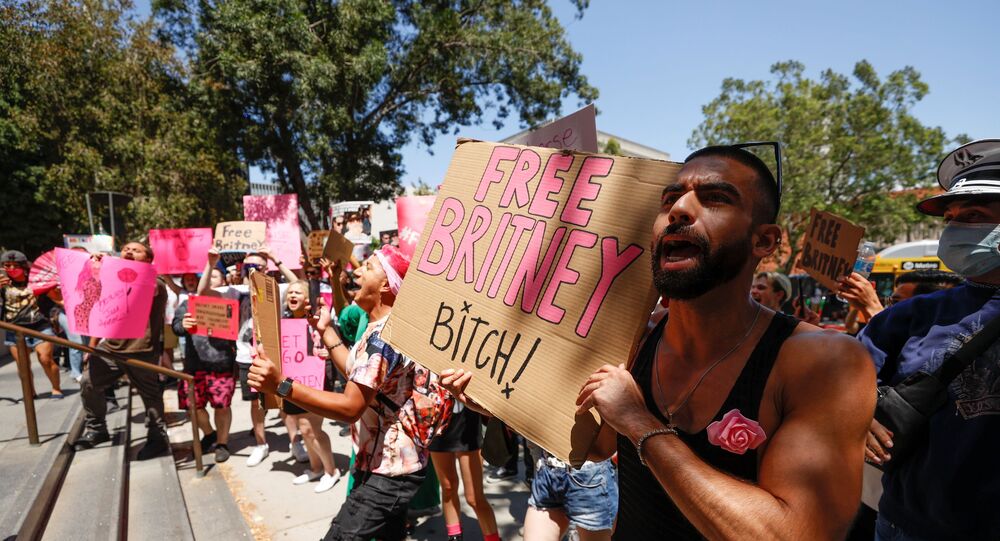 Last week, pop icon Britney Spears sensationally likened her treatment under her father's conservatorship to 'sex trafficking', claiming that he forced her to rehearse for a comeback concert, got her doctor to put her on psychiatric medication and denied her the right to remove a contraceptive device.

Britney Spear's father has claimed that his daughter's conservator and lawyer are responsible for blocking her freedom — and not himself, as the pop star has claimed.

According to Los Angeles court documents obtained by Fox News and reported on Wednesday, father Jamie Spears insisted this week that he had no authority over his daughter's care — contradicting serious allegations Britney made last week.

The singer claimed her father had forced her into a rehab clinic where she was denied privacy and humiliated, forced her to rehearse for a 2019 Las Vegas comeback residency, persuaded her psychiatrist to prescribe her the heavy-duty anti-depressant lithium and prevented her from having a contraceptive intra-uterine device (IUD) removed, likening the experience to "sex trafficking".

Jamie Spears argued he had no control over his daughter's care, because Jodi Montgomery "has served continuously as the sole Conservator of the Person of Ms. Spears since September 2019 and continues to serve in that capacity."

"Ms. Montgomery has been fully in charge of Ms. Spears' personal care and medical treatment in consultations with Mr. Ingham – and which consultations specifically excluded Mr. Spears. Mr. Spears, therefore, was greatly saddened to hear of his daughter's difficulties and suffering, and he believes that there must be an investigation into those claims," the documents read.

© AP Photo / Evan Agostini
'Support 100 Percent': Britney Spears' Sister Breaks Silence on Singer's Conservatorship
The father is now demanding an evidentiary hearing to determine whether to allow Ingham's petition to appoint Montgomery — and said his daughter's claims have left him worried for her.

"Unlike Ms. Montgomery and Mr. Ingham, Mr. Spears does not speak or meet with Ms. Spears' medical team, and he is not permitted to nor does he have the opportunity to provide any input into his daughter's current medical treatment, diagnosis, or therapy," the paper says.

"Nor does Mr. Spears participate in or discuss Ms. Spears' personal affairs with her, such as issues related to her self-care, marriage, and reproductive desires."

A statement from Montgomery's attorney did not deny that she had control over much of the former teen sensation's life, but insisted she exercised her responsibilities with care.

"I can state unequivocally that Jodi Montgomery has been a tireless advocate for Britney and for her well-being," the statement said. "While she does not control Britney’s financial assets, she is responsible for her personal care, and if Britney wants any issue brought up to the Court, Ms. Montgomery is and has always been ready, willing, and able to do so."

The singer was placed under her father's conservatorship in 2008 after a series of family problems and incidents, including a child custody battle with former husband Kevin Federline, shaving her head and attacking paparazzi with an umbrella.