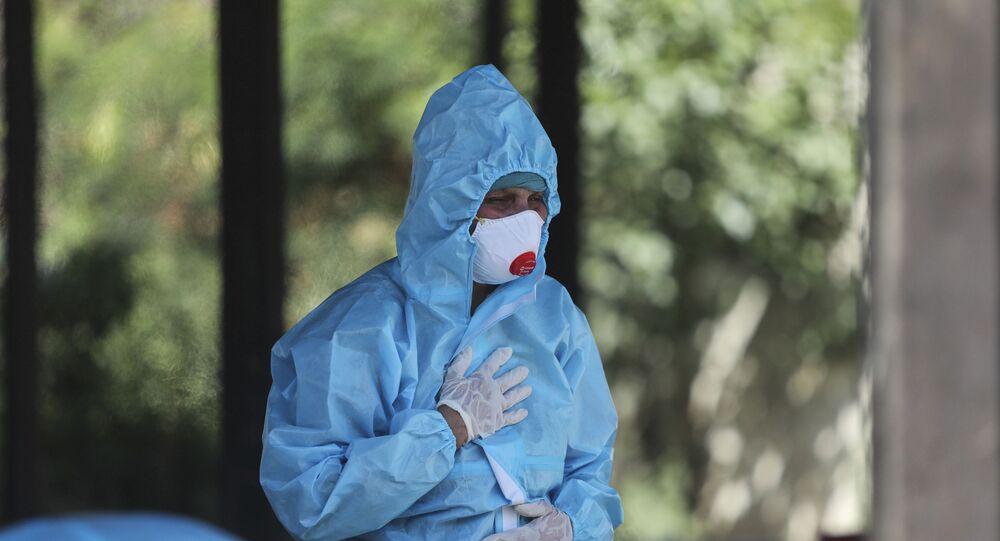 The World Health Organization (WHO) has reported 366,161 new COVID-19 cases in India’s capital city of New Delhi within the last 24 hours. To date, the health agency has been following 10 COVID-19 variants that have emerged around the world, including the triple-mutant B.1617 strain found in India.

Dr. Maria Van Kerhove, the WHO’s technical lead for COVID-19, reclassified the B.1617 strain as the “variant of concern” during a Monday briefing, acknowledging it as a global health threat.

During the briefing, Kerhove outlined that a team of WHO experts have conducted limited studies of the B.1617 strain that would suggest the variant has increased transmissibility, as well as reduced neutralization.

Previous concerns have been aimed towards identifying different strains of the virus, which are currently circulating globally, in countries including the US, UK, South Africa and Brazil. According to Kerhove, the emerging strains may also prove to be resistant to current vaccines.

Soumya Swaminathan, who serves as the health agency’s chief scientist, argued on Saturday that the lack of social distancing was also to blame for the massive second wave that hit India in March.

The WHO official announced that more information would be provided in the organization’s weekly epidemiological update on Tuesday, adding that more research needed to be done to combat the virus.

India’s federal government has not yet announced a nationwide lockdown and has faced increased criticism over its handling of the pandemic.

Regional neighbor China has recently bolstered its efforts to suppress the spread of COVID-19 from Nepal by increasing strict isolation measures, even as high as Mount Everest.

India’s early responses to the start of the pandemic have received both praise and criticism, as its Ministry of Home Affairs became one of the first to ease restrictions following the initial COVID-19 lockdown.