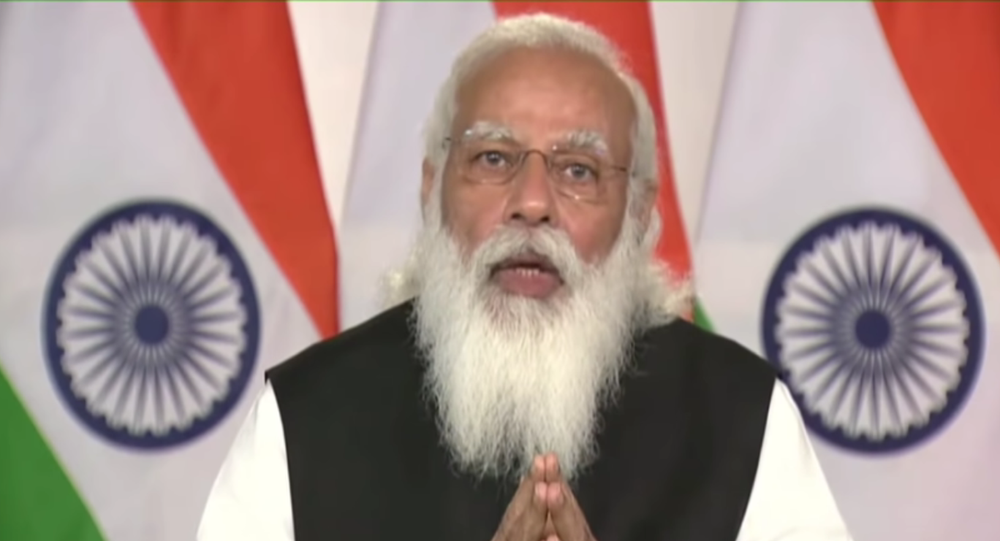 Over the last month, India has been grappling with an exponential rise in COVID cases. In the wake of the surge Prime Minister Narendra Modi has been facing blistering criticism for the government's handling of the pandemic.

Taking a dig at Prime Minister Narendra Modi's government, Congress leader Rahul Gandhi has stated that if the federal government had done its job they wouldn't have required foreign aid.

Taking to Twitter on Monday, Gandhi slammed the government for its continuous boasting about receiving help from other countries in a time of crisis.

"GOI's [government of India] repeated chest-thumping at receiving foreign aid is pathetic. Had GOI done its job, it wouldn't have come to this", Gandhi tweeted in Hindi.

​India is currently battling a massive second wave of COVID-19, with its medical infrastructure nearly reaching the breaking point.

A large number of incidents, including ambulances queuing up outside hospitals, bodies piling up outside crematoriums and graveyards for hours, and basic medical facilities seemingly crumbling in parts of the country due to a lack of hospital beds and ventilators, are being reported on a daily basis.

India has since received large amounts of medical supplies from a significant number of countries, including the US, Russia, and France.

On Sunday, the Ministry of Health and Family Welfare (MoHFW) revealed that as many as 6,738 oxygen concentrators, 3,856 oxygen cylinders, 16 oxygen generation plants, 4,668 ventilators/Bi-PAP, and about 300,000 Remdesivir vials, used for the treatment of COVID, had been delivered/ dispatched as international donations and aid from 27 April 27 to 8 May.