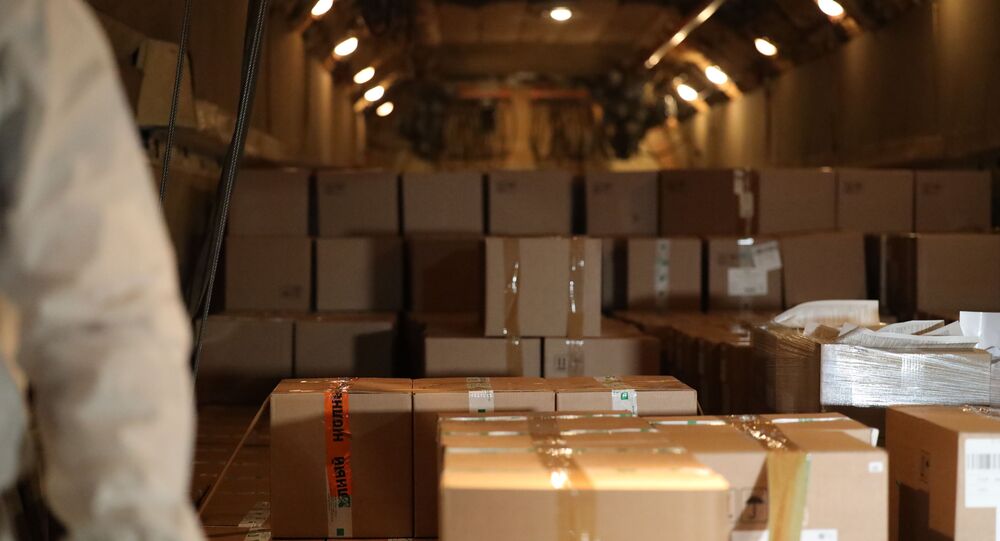 The criticism around accepting foreign aid comes at a time when India is in the grips of a second COVID wave, with more than 300,000 cases being reported daily. The surge in infections has led to the straining of the medical infrastructure and shortages of oxygen and life-saving drugs, prompting the Modi government to look for options overseas.

India’s main opposition Congress party on Thursday launched a scathing attack on Prime Minister Narendra Modi for accepting aid from foreign governments, as it pointed out that the decision marked a policy reversal on the part of New Delhi.

In 2021 after allowing the 2nd Wave to overwhelm us @PMOIndia compelled to ask for Foreign Aid.

Just yesterday we were AtamNirbhar Overnight we are Foreign Aid dependent ???

​“A devastating tsunami hit India and several other countries in December 2004. At the time, many foreign governments offered aid to India to help with the reconstruction and rehabilitation efforts. However, Prime Minister Manmohan Singh rejected all these offers of foreign aid at the time, arguing that India was self-reliant,” recalled Tewari, who has served as India’s Information and Broadcasting Minister under ex-Prime Minister Manmohan Singh.

“Between 2004 and 2020, India never accepted any foreign aid and always remained self-reliant,” he said.

Tewari complained that the policy of Prime Minister Modi’s government to accept aid from “foreign powers” in the face of the devastating second COVID wave is a matter of “serious concern”.

“Our well-maintained policy of being self-reliant in meeting our domestic needs has taken a hit. I call upon all the Indian citizens to think over this,” Tewari said in a video.

​Flagging New Delhi’s changing approach towards accepting foreign donations under Prime Minister Modi, a report in Indian Express quotes official sources as saying that even the state governments are now free to procure aid directly from other countries, which wasn't the case until last year.

The last time New Delhi had accepted foreign donations was at the time of floods in the eastern Bihar state back in July 2004. Nearly 885 people died and over 21 million more were affected in the floods that wreaked havoc in 20 districts of the Indian state.

However, New Delhi refused any new offers of external aid in December 2004, when the Indian Ocean tsunami struck the southern and eastern coasts of the country.

"We are not looking at it in policy terms. We are doing whatever we can do help the Indian people," said India’s top foreign bureaucrat, addressing a press briefing in New Delhi on “international cooperation”.

“We are giving assistance. We are receiving assistance. It is an interdependent world. Our Prime Minister (Narendra Modi) has already said that all the countries need to come together to cooperate in fighting the COVID epidemic,” he added.

“Many countries have come forward on their own to respond to our needs. The countries remember that India had helped them when they were facing rising COVID cases last year,” recalled Shringla.

He also noted that “international cooperation” was a vital part of meeting the nation’s domestic needs, be it vaccine or drug-related raw materials or oxygen-related requirements.

The foreign secretary said that New Delhi had so far received COVID-related relief supplies from two countries, the United Kingdom on 27 April and Russia on 29 April, adding that incoming flights were expected in coming days from other countries too.

“Over the next few days, we are also expecting special flights from the US,” said Shringla.

He further informed the media that raw material required for manufacturing COVID-saving drugs as well as medicines are expected from Switzerland, Germany, the US and Russia in coming days.