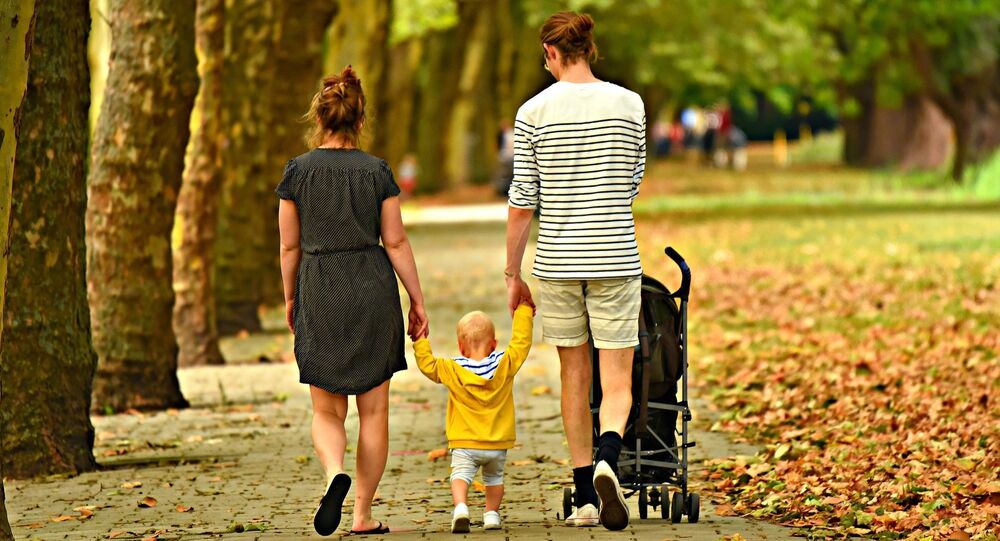 The present-day Parental Code initially came into force some 70 years ago and is largely based on "the traditional nuclear family with a mother, father, and children". According to Sweden's Gender Equality Minister Åsa Lindhagen, today's families may look different, and children can be born in different ways.

The Swedish government has appointed a special inquiry to make the nation's legislation gender neutral, national broadcaster SVT Nyheter reported. Among other things, this is expected to erase such concepts as "father" and "mother" from the Parental Code.

The present-day Parental Code originally came into force on 1 January 1950 and largely remains based on "the traditional nuclear family with a mother, father, and children".

Since same-sex marriage and adoption by gay and Lesbian couples is legal in Sweden, the wording of the legislation will be subject to review.

According to Gender Equality Minister Åsa Lindhagen of the Green Party, the words "mother and father" may be used "without fulfilling any function".

"The law has been patched and amended in different ways, but we need legislation that is adapted to current reality. Today, families can look different, and children can be born in different ways", Åsa Lindhagen told SVT.

Other things to be investigated are the possibility of adopting each other's children after a separation and ways of terminating parenthood.

"Important day for all rainbow families! We are now taking steps forward to adapt the legislation to reality. Families look different and society should not discriminate against people based on gender or sexual orientation. As simple as that", Lindhagen tweeted, adding a rainbow flag.

​Åsa Lindhagen herself is openly bisexual and has two children with a woman, from whom she is now separated. By her own admission, she wants to make it easier for herself and other "rainbow parents".

"I had to formally adopt the child I had not carried as a relative, and it's of course a very strange situation to adopt your own child. I could also feel a great deal of anxiety before the adoption was complete because I had no legal rights", Åsa Lindhagen admitted to SVT.

According to Lindhagen, there are many problems that rainbow families may encounter. Among other things, there are families where more than two adults take parental responsibility.

"This may also be valid for families where the parents live in a heterosexual relationship and where there is a bonus father or bonus mother with whom the child has a very close relationship", Lindhagen explained.

The results of the investigation will be reported no later than June 2022.

Sweden is seen as one of the most progressive countries in Europe concerning LGBT rights and gender equality. Same-sex marriage has been legal since 2009, whereas gay and lesbian couples have been able petition to adopt since 2003. In the 2019 Eurobarometer, 98 percent of Swedes believed gay and bisexual people should enjoy the same rights as heterosexual people, the highest in the European Union.