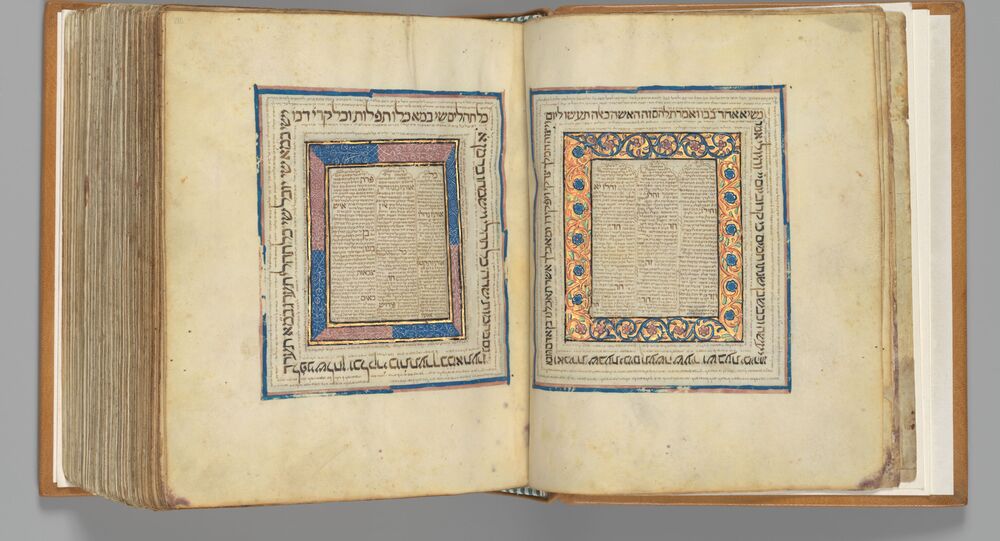 Very few historic documents can provide an insight into the days of the ancient Kingdom of Judah, with most being part of the Hebrew Bible, whose accuracy has already been questioned in the past by historians.

Recent archaeological discoveries have suggested that the fourteenth king of the Kingdom of Judah, Manasseh, who is vilified in the Bible, actually fostered the economic revival of his country, which suffered under his predecessor, King Hezekiah, history professor Israel Finkelstein, said in an interview with Israel's Haaretz.

Hezekiah went down in the Bible as the king, who revolted against the Assyrian Empire. The Kingdom of Judah was a vassal state to the ancient empire. His actions resulted in an Assyrian attack on the kingdom that nearly led to the fall of Jerusalem and left many of the country's towns in ruins. In addition to this, the Assyrians seized some of the farmland that fed the kingdom.

However, historians have recently unearthed debris from several administrative buildings, as well as the remains of a water system, whose architecture is linked to the early seventh century B.C.E. when Manasseh ruled the kingdom. These structures were discovered in the vicinity of ancient Jerusalem's walls, with the timing of their construction suggesting they were used to replace the agricultural lands lost in the conflict with the Assyrians, the historian said. These findings also mean that Manasseh was trying to integrate the Kingdom of Judah into the Assyrians' "trade network", the historian told Haaretz.

"For the Bible, Hezekiah was a great, wise king, and Manasseh was the worst of all. Archaeology shows the exact opposite: Hezekiah carelessly brought destruction upon Judah with his revolt, while Manasseh is the one who saved it", Finkelstein stated.

Manasseh's reign was the longest among the kings of Judah, but was painted as the darkest in the Hebrew Bible, which barely mentions him except in several texts, including the Book of Kings and Book of Chronicles. The king was presumably vilified for his openness to foreign cults, including those with roots in the Assyrian Empire, and abandoning the efforts led by his father and predecessor Hezekiah at making the cult of Yahweh the only religion practised in the kingdom.

The recent discoveries suggest that Manasseh's depiction in the Biblical texts may have been biased, possibly to the point where his achievements might have been ascribed to either his predecessor or his successors, another historian, professor Yuval Gadot opined in an interview with Haaretz. He pointed out that Manasseh might have in fact built the famous Hezekiah's Tunnel, a 500-metre channel carved into the bedrock purportedly in preparation for the siege of Jerusalem by the Assyrians, according to the Biblical scriptures.

The professor noted that it is difficult to imagine such an engineering feat being achieved in a hurry before the siege in the late eighth century B.C.E. In addition to this, the construction of complex engineering projects related to irrigation and water transportation are more typical for Assyrian culture, from which Manasseh seemingly borrowed technology for his plans to revive the kingdom's economy, according to Gadot.