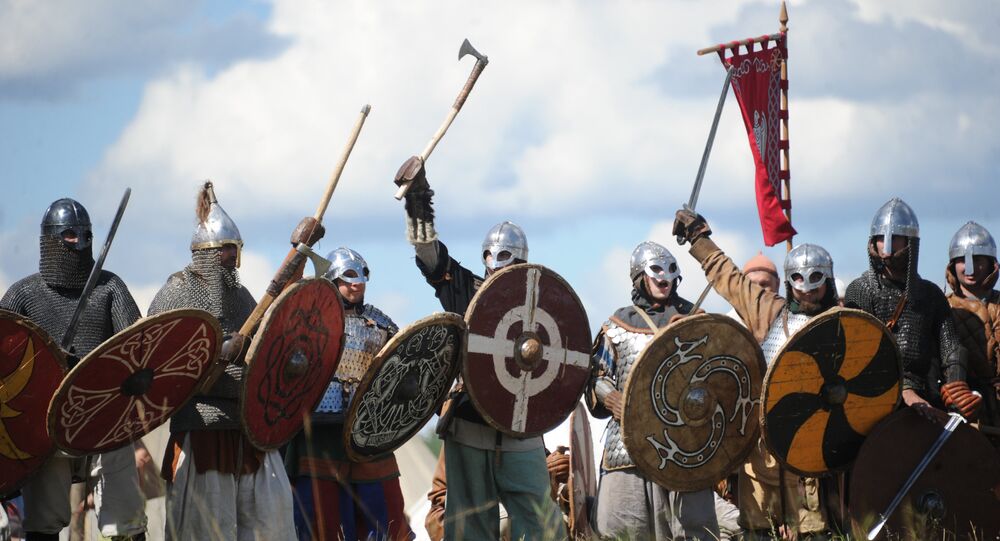 Odin is one of the focal points of the Germanic pantheon, and is associated with wisdom, knowledge, sorcery, poetry, death, war and frenzy.

A three-metre tall, six-tonne statue of the ancient Nordic god Odin has been inaugurated in the town of Hjärup in Staffanstorp municipality.

The new statue was inaugurated with speeches by the municipal board chairman Christian Sonesson of the Moderate Party, Lund University history professor Dick Harrison and artist Helene Aurell who used a find from the Iron Age site Uppåkra as a model.

“The sculpture is very appealing, and it is extra fun that it is connected to our exciting history through the model, an Oden statuette, which was excavated in Uppåkra, the 10 hectare site that is here in our municipality right next door,” Christian Sonesson said in a statement.

Professor Dick Harrison, who runs a regular history column in the newspaper Svenska Dagbladet, stressed it was a pleasure to inaugurate this work of art in his home municipality.

“We are talking about a site that is seven times larger than Birka [an important Viking trade centre near present-day Stockholm] and which for 1,000 years, between Julius Caesar and the time when the Danish kings began to build the rival town next door, that is Lund, constituted one of the Iron Age's greatest centres of power. Only 1/500 has been excavated in a place that is now re-writing our entire Iron Age history,” Harrison said.

The entire process, from drawing to sculpture, took the artist Helene Aurell about a year.

“I have built it from the inside out of steel beams, mesh and concrete. It has been a challenge to have a small thing scaled up by an order of magnitude. It has been extremely exciting and I am pleased with the result”, Aurell said in a statement.

The artwork has been financed by the municipal board in Staffanstorp municipality, and the artist was selected via a competition.

Odin (or Oden) is a centrepiece of the Germanic pantheon. Norse mythology associates Odin with wisdom, knowledge, sorcery, poetry, death, war and frenzy. A patron of warriors and poets and a progenitor of the Runic alphabet, in wider Germanic mythology he was known in Woden or Wotan, hence the weekday Wednesday.

Old Norse texts such as the Edda portray Odin as one-eyed and long-bearded, wielding a spear named Gungnir. He is accompanied by his animal companions – the wolves Geri and Freki and the ravens Huginn and Muninn, who bring him information from all over the world – and rides a flying, eight-legged steed named Sleipnir.