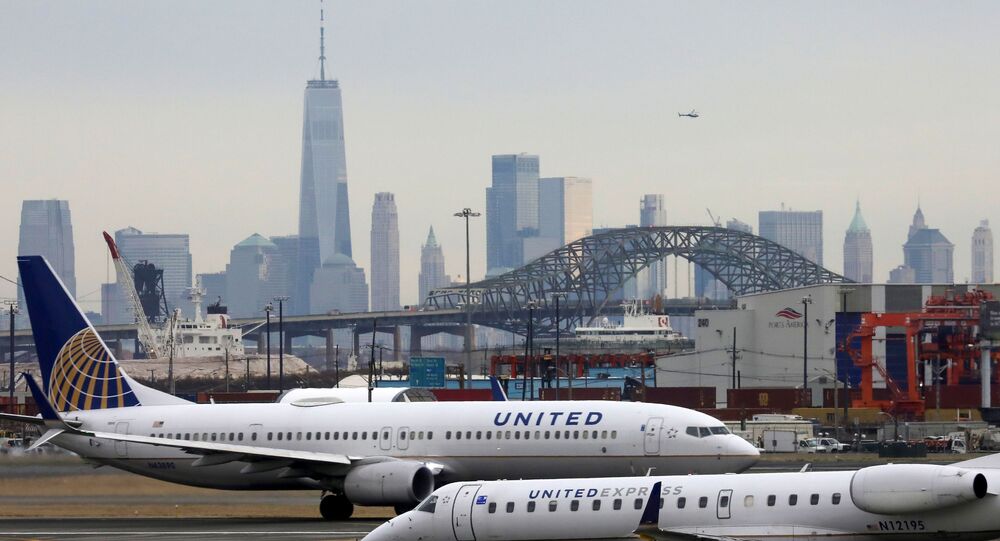 As folks begin to plan their holiday travel amid the COVID-19 pandemic, a new US government-backed study has led United Airlines to boldly claim that COVID-19 exposure aboard its aircraft is "virtually non-existent” when face masks are worn.

Research published Thursday by United Airlines and the US Department of Defense argued if passengers are masked, there is a 0.003% chance that particles from a traveler will enter the breathing space of another passenger seated next to them.

Moreover, "99.99% of those particles left the interior of the aircraft within six minutes," United Airlines chief communication officer Josh Earnest told ABC News. "It indicates that being on board an aircraft is the safest indoor public space, because of the unique configuration inside an aircraft that includes aggressive ventilation, lots of airflow."

Testing lasted eight days and involved inflight and ground tests on Boeing 777-200 and 767-300 airframes, according to the study.

The research used mannequins equipped with aerosol tech that replicated human breathing and coughing. Some 180 million particles, amounting to thousands of coughs, were dispersed during each test.

The mannequins used in the study were wearing triple-ply, surgical-grade face masks supplied by the airline.

This comes weeks after United Airlines’ chief executive said that employees, on average, had reported lower COVID-19 infection frequency than the general public.

"At United, but also at our large competitors, our flight attendants have lower COVID infection rates than the general population, which is one of multiple data points that speaks to the safety on board airplanes," claimed United Airlines CEO Scott Kirby to the outlet.

USA Today reported Thursday that United Airlines had lost $1.8 billion in the third quarter of 2020, which ended on September 30. Some 13,000 employees were furloughed, and passenger revenue reportedly plummeted 84% after the airline decided to reduce its seat capacity by 70%.