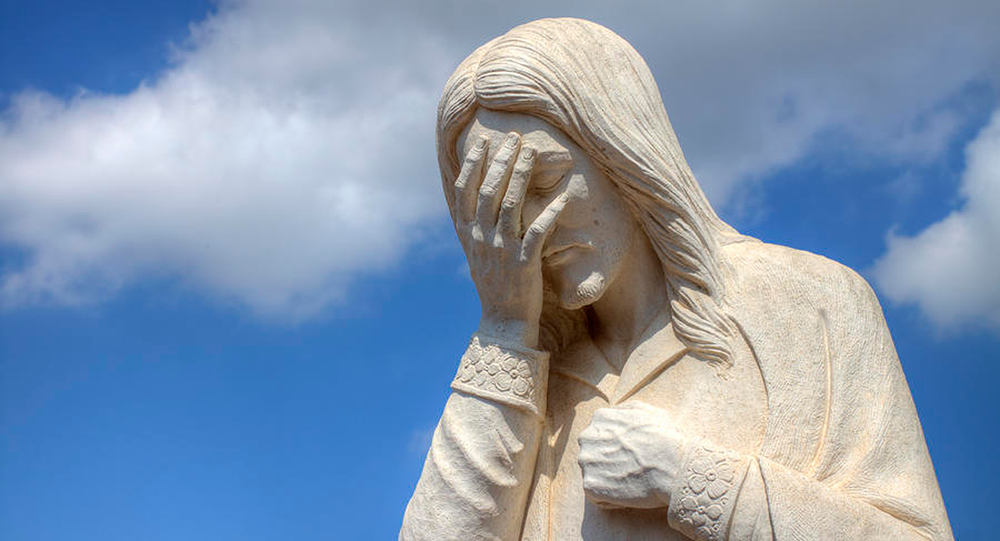 Like its fellow Lutheran churches across Scandinavia, the Church of Iceland is known for its liberal stance on social issues, allowing the ordination of women and blessing same-sex marriages, yet its membership has shrunk from 90% of the population to 65% within several decades.

An advertisement from the National Church of Iceland, welcoming children to Sunday school, has stirred a controversy, as it features a big-breasted Jesus wearing makeup and dancing under a rainbow.

Church director of communications Pétur Georg Markan explained that this is a way of celebrating diversity, adding that the church believes it is “positive and natural” for Jesus to appeal to people in all possible forms. He stressed that the church was trying to embrace society “as it is”.

“We have all sorts of people and we need to train ourselves to talk about Jesus as being ‘all sorts’ in this context. Especially because it’s really important that each and every person see themselves in Jesus and that we don’t stagnate too much. That’s the essential message,” Markan told the online newspaper Vísir.

“Each person has their own way of interpreting this picture,” Guðrún Karls- og Helgudóttir, minister of Grafarvogskirkja church, told the newspaper Morgunblaðið. “Some people interpret it as a trans-Jesus, others as a woman. Some see Mary with a beard, and others see a genderqueer person. Views within the church are just as diverse as elsewhere,” she concluded.

The image appeared on the National Church’s Facebook page and triggered polarising reactions, ranging from “wonderful” to “tasteless” and “particularly stupid”. While some hailed it as an important step toward inclusion, many ventured it was a humiliation of Jesus and admitted such behaviour was the reason they left the National Church for another Christian congregation. Still others suggested that it merely symbolised that believers come in all forms, shapes and sizes.

While the ad was subsequently removed, the breasted Jesus will adorn buses in the country's capital, Reykjavik, for at least two more weeks.

The annual Assembly of the National Church said it “regrets” that the picture of Jesus in a Sunday school advertisement has hurt people. “The goal was to emphasise diversity, neither to hurt people nor shock them,” it said.

Markan, however, emphasised that the assembly wasn't apologising and is sticking to its commitment to diversity. He explained that more pictures of Jesus by the same artist would be used in the ad campaign.

“Soon, we’ll be introducing more personifications where, for example, you’ll see Jesus making a contribution to environmental issues,” he forewarned.

The cost of the ad campaign has so far been ISK 2 million ($15,000), the main contributions coming from the bishop’s office and capital area parishes.

The National Church is led by Agnes Sigurðardóttir who became the first lady to be elected Bishop of Iceland in 2012.

Like fellow North European Lutheran churches in Sweden, Denmark and Norway, the Church of Iceland is known for being liberal on social issues, allowing the ordination of women and blessing same-sex marriages. At the same time it has been leaking worshippers, another trend seen across Scandinavia and Finland. While wholly 90 percent of Icelanders belonged to the national church in late 1990s, only 65 do today.