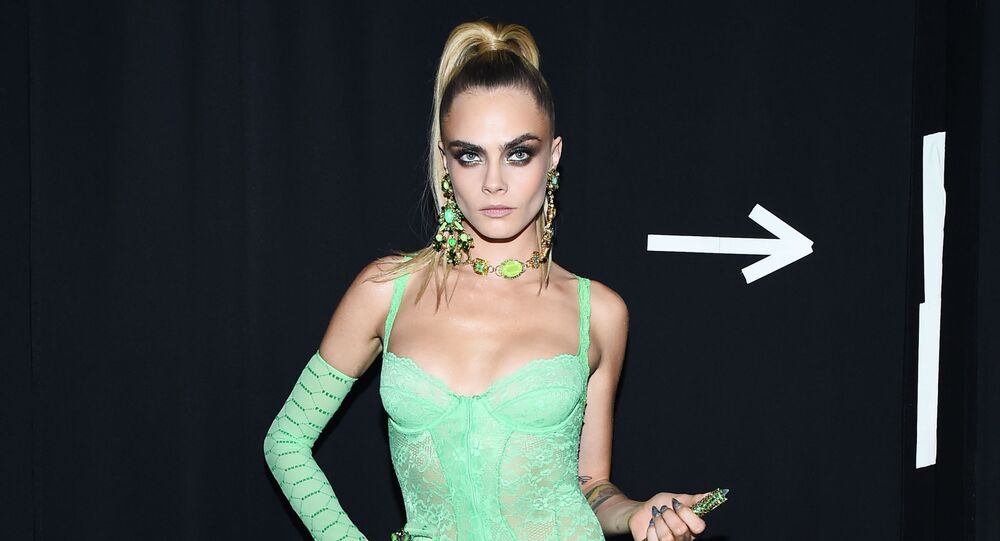 Johnny Depp and Amber Heard’s legal battle and blame game have now entered a second year, as the Pirates of the Caribbean star is seeking to receive $50 million in compensation for what he insists is libel, namely Heard’s claims implying that he was a "wife-beater".

Supermodel Cara Delevingne is suspected of having had a three-way affair with Depp's ex-wife Amber Heard and Elon Musk, as part of his $50 million defamation lawsuit, following Heard’s complaint that she was a survivor of domestic abuse while being married to Depp, the Daily Mail reported.

The edition noted that Depp’s friend and former neighbour has offered evidence claiming Delevingne, Heard, and Musk hooked up at Depp's downtown LA penthouse in late 2016 after he and Amber split up. Incidentally, in March, Depp claimed Heard had had an affair with tech entrepreneur Elon Musk in order to obtain legal services in her defamation case against him, according to text messages revealed during the court hearing on Depp’s libel case.

The Pirates of the Caribbean star is now said to be considering sending Delevingne to court to submit information that could come in handy in his case against 34-year-old Heard. He has allegedly already filed papers calling on Musk and actor James Franco to submit anything they have - messages, emails, or conversations - they engaged in with Heard around the time of the couple's split.

"Cara could also be compelled to give evidence – by either party", a cited insider claimed, adding:

"It's definitely a possibility. Almost anything can happen in this case".

Depp’s $50 million defamation suit, filed in early 2019, came in response to Heard’s claims over the surfaced images of her with a bruised eye and face from around the time of their split.

The model claimed the bruises were caused by Depp throwing a phone at her face and striking her in their home during a row in. 2016.

This court case is separate from the one Johnny Depp filed against the parent company of UK news outlet The Sun, which came about after an article from the tabloid branded the actor a "wife-beater".

The Hollywood icon has called out Heard's abuse allegations, which she made in an op-ed for The Washington Post, as "an elaborate hoax”, the lawsuit says, vehemently denying the accusations and claiming that it was, conversely, his ex-wife who was repeatedly violent to him during their rocky two-year marriage. Amber has, in turn, denied these claims.

In the most recent development, the court case against Amber Heard just hit another snag after being held up due to the coronavirus lockdown. The new roadblock is because Amber Heard’s legal team have quit, prompting Heard to look for another one, according to Cinema Blend.