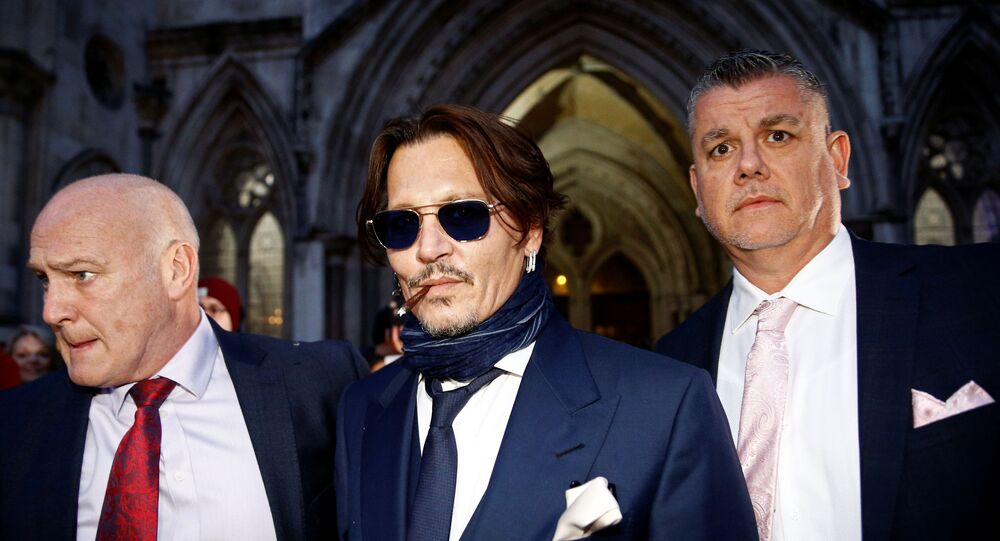 The development comes after leaked court tapes revealed that Depp’s spouse admitted to "smashing a door" into the actor’s head and "clocked" him in the jaw. During their rocky marriage and divorce, the 33-year-old woman claimed that she was the victim of domestic abuse.

Hollywood star Johnny Depp threatened his ex-wife Amber Heard with humiliation and claimed she had an affair with tech maverick Elon Musk in order to obtain legal services in her defamation case against him, according to text messages revealed during the court hearing on Depp’s libel case against the Sun newspaper.

In a series of messages that were reportedly sent to Christian Carino, ex-fiance of Singer Lady Gaga, the 56-year-old actor allegedly wrote:

"She [Heard] is begging for global humiliation, she’s gonna get it. I’m gonna need your texts about San Fransisco. Brother, I’m sorry to even ask but she sucked mollusc’s [Elon Musk’s] crooked d*** and he gave her some sh**y lawyers. I’m happy to fight her to the end. She will hit the wall hard."

In another message, which was purportedly sent to Depp’s sister Christi Dembrowski, the Pirates of the Caribbean star reportedly said that he wants Heard to be replaced in a Warner Brother movie, apparently referring to the 2018 film Aquaman, starring Heard and star of the Game of Thrones series, Jason Momoa.

Depp filed a lawsuit against the publishers of the Sun and the newspaper’s executive director Dan Wooton over an article that described him as a "wife beater" and claimed he physically assaulted Heard during their relationship.

The two-week trial, which was scheduled to begin on 23 March in London, was postponed due to the outbreak of the coronavirus. According to media reports, Depp, Heard and a number of high-profile celebrities were expected to testify at the trial.

"Although the case is extremely important to Mr. Depp, he is also uneasy about putting anyone else in harm’s way for the sake of it. These are perilous times, and he accepts waiting until the borders and the courts can safely operate", the actor’s lawyer said in response to the judge’s decision to postpone the trial.

Depp has also launched a separate defamation case against Heard after she wrote an op-ed in the Washington Post in which she spoke about being a victim of domestic violence. Although she did not mention Depp by name, he sued her, claiming her previous accusations against him were an elaborate hoax aimed at ruining his career. Depp categorically denied he physically abuse Heard and said he himself was a victim of domestic violence.

Hollywood stars Winona Ryder and Penelope Cruz recently defended Depp, claiming the actor treated them with kindness and that Heard’s accusations were impossible to believe.