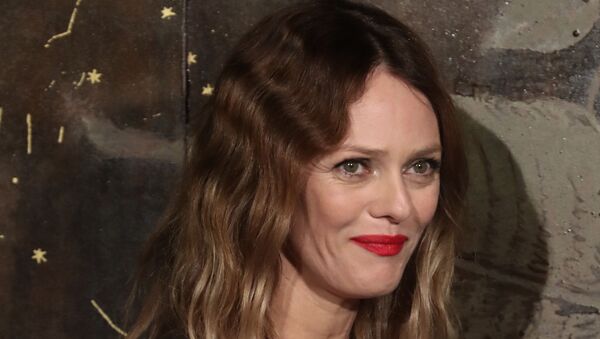 As Paradis reportedly explained in her witness statement, Johnny Depp was never abusive or violent towards her during their relationship.

As Hollywood movie star Johnny Depp sues the News Group Newspapers , the publishers of the Sun, and the newspaper’s executive editor, Dan Wootton, over an April 2018 article that referred to the actor as a “wife-beater”, it appears that one of his exes, popular singer Vanessa Paradis, has offered a rather flattering description of Johnny in a witness statement she made, the Daily Mail reports.

According to the newspaper, Depp's lawyers want to admit evidence from Paradis who has two children with the Pirates of the Caribbean star, and who apparently has quite fond memories of the time they were together.

"I have known Johnny for more than 25 years. We've been partners for 14 years and we raised our two children together", Vanessa said in a witness statement quoted by the newspaper. "Through all these years I've known Johnny to be a kind, attentive, generous, and non-violent person and father... He was never violent or abusive to me".

The actor's lawyers also seek to include evidence from actress Wynona Ryder, who was also in a relationship with Depp and who reportedly said in her statement that she "can't wrap her head around (Ms Heard's) accusations".

Furthermore, the lawyers reportedly want to hear evidence from Heard's personal assistant, as well as from a mechanic who worked for the couple prior to their divorce.

The trial, which was due to start on 25 March in London, was put on hold due to the ongoing coronavirus crisis, and is now slated to begin on 7 July at the Royal Courts of Justice, "with strict social distancing measures in place".

Amber Heard filed for a divorce in May of 2016 and accused Depp of domestic violence. In August of the same year, the couple reached a $7 million settlement, which said the marriage was bound by love and there no intent of physical or emotional harm. However, after Heard penned an op-ep in The Washington Post where among other things she spoke about being a victim of domestic violence, Depp filed a $50 million defamation lawsuit against his ex-wife.