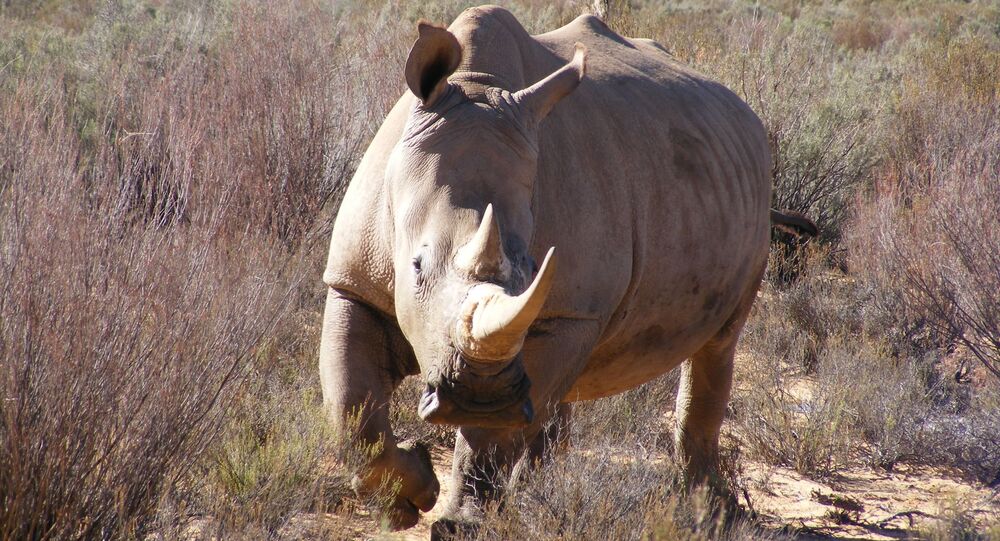 Two suspected rhinoceros poachers were killed earlier this month in a shootout at the Hluhluwe-Imfolozi Park in South Africa, according to Nomusa Dube-Ncube, who is the member of the KwaZulu-Natal province’s Executive Council responsible for economic development, tourism and environmental affairs.

According to Dube-Ncube, "courageous field staff, who work in dangerous conditions” came across three armed suspected rhino poachers on March 6, News24 reported. The details regarding the shootout were not provided.

"Two of the suspects were fatally wounded and died at the scene, while one suspect managed to escape. One heavy caliber hunting rifle, as well as knives, commonly used to remove rhino horns, were recovered at the scene by the South African Police Service,” Dube-Ncube explained, also noting that one of the deceased is a known rhino poacher who was charged with illegally possessing rhino horns in 2017 and is suspected of coordinating a network of poachers from the Mpumalanga province. At least 28 rhinos were killed at the park this year, Dube-Ncube added.

Dube-Ncube also said that drone technology was used to alert authorities of the poachers.

"On the night of 6 March an infrared camera detected three armed poaching suspects, and automatically alerted the operations center, providing [the] number of persons, grid reference and direction of the incursion … The reaction unit members who came under immediate threat defended themselves, which resulted in the two suspects being mortally wounded,” Dube-Ncube explained.

She said that drone technology will increasingly be used to stop poachers.

"We have decided to invest in Smart Park connectivity and the integration of systems to ensure early detection and rapid response. One of the key instruments being used is the installation of infrared trap cameras linked directly to the Parks Operational Center,” Dube-Ncube noted.

Such cameras also use artificial intelligence to identify people and immediately notify operations centers that there are poachers on the ground and can thus be used to stop illegal activities that destroy the ecosystem and lead to biodiversity loss.

In Canada, Black Bears Poached… for Their Genitals